In January 2021, after more than 60 years of operating at 4001 Nebraska Ave. NW, NBCU News Group officially moved its D.C. headquarters to a new location near Capitol Hill.

Please join us for a virtual meeting with the NBC News executives who will show the inside of the new Washington Bureau and studios, discuss the project and studio operations. There will be opportunities to ask questions. You do not have to be a member of SMPTE or the DC section to join.

Please Register in advance for this meeting: https://tagvs.zoom.us/meeting/register/tJUucOGhqz4vG9dULitAH5JflBBGF7uGc1WL

After registering, you will receive a confirmation email containing information about joining the meeting. 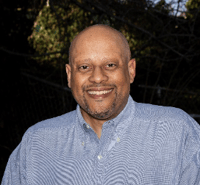 Bruce Milton is currently an Audio-Visual Production Specialist with the TSA-TV studio team at the Transportation Security Administration within the Department of Homeland Security.  He is responsible for production of video messaging for the TSA workforce and the traveling public. He also provides photography support for senior leadership and live events.  He joined TSA in 2009, first working with the Federal Air Marshal Service and then transitioning to the Strategic Communications and Public Affairs office at TSA HQ, where TSA-TV resides.

Mr. Milton possesses over 20 years of experience in video production, acquiring his early skills as a Communications major at James Madison University.  Upon graduation, he continued his journey as a videographer in broadcast news, a caseworker for Congressman Jim Moran, and as a trainee in the Director’s Guild of America Trainee program in New York City, working on projects that include “Big Daddy,” the Christopher Reeve-directed “Rear Window” remake, the Robert DeNiro thriller “15 Minutes,” and the second season of HBO’s “Sex and the City”. After leaving the program, he ventured back to Northern Virginia and worked almost a decade at Henninger Media Services as a caption operator while pursuing his passion to produce films. He transitioned to government staff work in 2006 but continued as an independent producer with 3 short films and a feature film currently released on Amazon Prime under his belt, in addition to his work with several non-profits.

Mr. Milton lives in his hometown of Alexandria, VA, with his very patient wife and two amazing kids. Stacy Brady oversees NBCU News Group’s production, bureau, field, and satellite technical operations. Her team includes the expansive editing organization as well as the media management and archival departments for NBC News.  Brady also oversees an international team of engineers who provide day-to-day technical support for coverage and live-remote origination for NBC News Worldwide. Aligned closely with NBC News production and post-production teams, Brady’s organization creates an end-to-end workflow. Brady has won three Emmy Awards: in 2009 for coverage of the 2008 presidential election; in 2013 for coverage of the Boston Marathon Bombings; and again in 2013 for coverage of the Flooding in Oklahoma. She's been nominated for eight other Emmy Awards including the Terror Attacks in Brussels, Nice and Orlando; the Inauguration of President Barack Obama; the Funeral of Senator Edward Kennedy; the 2010 Mid-Term Elections; and coverage of the last combat troops departing Iraq. She is also a 2011 and 2014 recipient of the Edward R. Murrow Award. Brady covers all major global events such as presidential elections, Olympics, natural disasters as well as live remote show programming for NBC News as well as our NBCUniversal Family. She started her career at NBC in the News division in 1978, and subsequently spent 15 years as a technical manager traveling from event to event across the globe. In 2004, Brady won the GE Edison Award for The Development and Technical Innovation of the “Bloommobile” and in 2010 she won a technical Emmy for the same.  The Bloommobile was the first ever live moving video in full bandwidth from the field.