It may take some time for artificial intelligence (AI) to create content indistinguishable from that which comes from the minds of humans. AI is, however, already playing the role of creative assistant. When will AI be able to produce media independently? How will it enable personalization and targeting? Jukedeck's Lydia Gregory and Video Gorilla's Jason Brahms will explore the possibilities of AI in professional content creation. 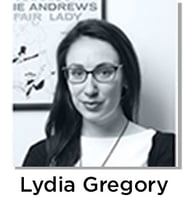 Lydia is Head of Growth at award winning startup, Jukedeck. We have built an artificially-intelligent music composer which enables video creators and brands to create video soundtracks that are dynamic, personalised and tailored to their content. Over 1 million tracks have been created with Jukedeck and used in over 15k YouTube videos as well as by brands such as Google, Buffer and UKTV. Jukedeck won a Cannes Innovation Lion in 2016 and TechCrunch Disrupt in 2015, we have also been recognised by organisations such as BIMA and Bloomberg.

Lydia’s background is in music, technology and business – she was previously a management consultant in technology and financial services at Accenture and recorded, performed and toured extensively whilst studying at Oxford. 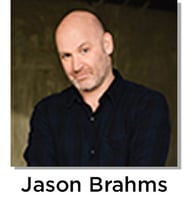 Jason has 17+ years experience launching B2C and B2B platforms in the media/content industry. As CEO and Managing Partner at Video Gorillas (VG) Jason is responsible for defining and executing sales, marketing and product strategies across all VG products and services. Prior to VG, Jason was Vice President of Innovation and Advanced Solutions, where he oversaw product design, research, development and engineering for Sony Media Cloud Service’s cloud-based SAAS collaborative applications for creative professionals and content creators. Jason joined Sony Pictures Entertainment in 1998 starting in Corporate Development focusing on evangelizing and incubating ideas related to disruptive technology and new business models, including helping design, develop and launch the first IP VOD service, Movielink, where he assumed the role of Director of Content Acquisition and Operations. Jason has held multiple roles across various Sony business units since, including Director of Content for Playstation Network, Vice President, Technology and Operations for Sony Pictures, and Vice President, Advanced Platforms for Sony Pictures where he effectively worked as an "entrepreneur in residence” developing and evangelizing new production and post-production technology solutions. Jason is also a songwriter/music producer whose songs have been featured in numerous television series (e.g. Ugly Betty, Monk, ER, etc.).