During this SMPTE Technology Webcast, guest speaker, Tim Standing from SoftRAID, provides you with the information you need to pick a fast and reliable RAID system for media storage that is directly attached to your computer. He will describe the common RAID levels, and a few of the less common ones as well. For each RAID level, he will explain where the file data gets stored and what the "extra" disks are used for. In addition, topics include optimizations you can use for getting the fastest performance from your RAID system, what to look out for and how to avoid common problems.

Of course, speed is nothing without reliability. Relying on his 20+ years of providing RAID solutions, Tim will explain how you can improve the reliability of the disks used for your RAID system, common problems users may encounter, including case studies illustrating how editors have lost important footage and how these disasters could have been avoided. 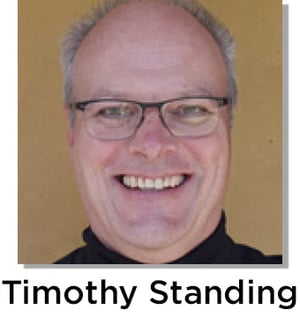 Tim Standing has been writing drivers and storage utilities for Mac OS since 1986. He is the creator of SoftRAID for Mac OS X and is currently VP of Engineering at OWC Holdings, Inc., the company which develops and sells SoftRAID