The broadcast industry rollout of ATSC 3.0 is moving ahead quickly in the U.S. and South Korea. Internationally, other countries are also adopting it or performing trials. In addition, the technical standard continues to evolve, as work on new codecs and data formats is underway. This webcast, from the authors of the SMPTE course "Understanding ATSC3.0", will provide a brief update on recent developments and progress with ATSC 3.0.

Glenn Reitmeier is widely recognized as an industry visionary and technology pioneer. Throughout his career, he has been a leader in establishing revolutionary digital standards, including the SMPTE Component Digital Video and SDI standards, the Grand Alliance digital HDTV system that became ATSC 1.0 and the new ATSC 3.0 standard. Now an independent consultant, Glenn recently retired from 17 years at NBC Universal as SVP, Technology Standards and Policy, where he contributed to industry technical standards and to the technical aspects of the company’s government policy positions and commercial agreements. Previously, Glenn spent 25 years in digital video research at RCA/Sarnoff Laboratories. Glenn has served the industry as a Board member of ATSC, NABA and OATC, and he has been Chairman of both ATSC and OATC. He is a SMPTE Fellow and a recipient of the Progress Medal and the Signal Processing Medal. He is also an inaugural member of the CTA’s Academy of Digital Television Pioneers and a recipient of the NAB Television Engineering Award. Glenn holds over 60 patents and is recognized in the New Jersey Inventors Hall of Fame. 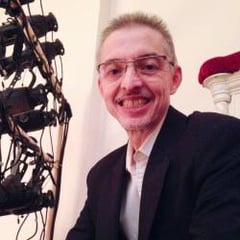 Aldo Cugnini is well known in the Digital Television (DTV) industry.  Through his consulting firm AGC Systems, his key activities include helping to develop and implement the ATSC standard.  Prior to that, he held various technical and management positions at Philips Electronics’ Research and Consumer Electronics Divisions, and at interactive television developer ACTV (now part of Nagra). While at Philips, Aldo had a leadership role in the development of the ATSC digital television system (and its progenitor, the “Grand Alliance” digital HDTV system), and was a key member of the Advanced Television Research Consortium (ATRC) HDTV development team.

Dave Siegler is the retired Vice President of Technical Operations for Cox Media Group (CMG); recently transitioning his deep experience as a Media Technology Consultant to advance the television broadcasting and production industry.

Prior to his current position, Siegler was Cox’s Director of Broadcast Operations & Engineering for the company’s television operations in Charlotte, NC, Managed Studio Engineering Operations for Turner Entertainment Networks and served 13 years in various positions with Post-Newsweek Television Stations.