SMPTE Time Code, standardized as SMPTE ST 12, was originally defined in the 1970s and, although there have been many updates and enhancements, the fundamental attributes remain unchanged. ST 12 is key to electronic video editing, and has found application  in many other fields and industries.

But, ST 12 is constrained by the original design that reflects the technology landscape of the time (quad VTRs and Nixie tubes). ST12 has many limitations that cannot be addressed while maintaining backwards compatibility; it is time for a new approach. The TLX project (Time Label, eXtensible) seeks to define a new labeling system, more suited to the needs and technologies of today, that may be used alongside ST 12, and that could eventually replace it.

The requirements for media industries are based on research conducted by SMPTE over a number of years, but it is also an objective that TLX provide a labeling architecture suited to many applications, not necessarily media-related, or even time-related. The system should be flexible, extensible, and transport-agnostic. This is an ongoing project, and many decisions have yet to be made.

The webinar will provide an overview of the emerging design, and is intended to provide a preview for potential users, and to encourage participation by those with expertise to offer. 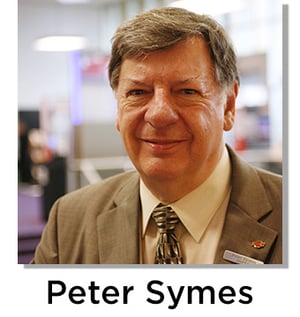 Peter Symes worked in the television and related industries from 1967 until his retirement in 2016.

In 1983 he joined Grass Valley Group (subsequently Tektronix, subsequently Thomson Broadcast), and from 1983 to 2007 held positions responsible for product planning, strategic planning, intellectual property management, and technological liaison.  He represented Grass Valley in many organizations including the Advanced Television Systems Committee (ATSC), and the Society of Motion Picture and Television Engineers (SMPTE).  In July 2007 Symes  joined SMPTE staff as Director of Standards & Engineering, a position held until retirement in 2016.

Peter has written and presented numerous papers at industry conferences, and is the author of three books on Video Compression, all published by McGraw Hill.  He has also contributed to other books, including Understanding Digital Cinema (Focal Press, 2004) and two editions of the NAB Engineering Handbook.