Did you read the reports from CES 2014 that, judging by what was seen, Ultra-HD may be ‘the biggest train wreck since 3DTV’? Want to know why? If we do try to cross broadcasting and wireless broadband, will the result be more camel than stallion? Broadcast Technology Managers are faced with many difficult strategic decisions - and pressure from above to answer the great imponderables – exactly how much will it increase my audience, and how much will it really cost? While not providing easy answers, this webcast is intended to help executives and managers understand what to seriously consider not doing.

Panelists David Wood, Clyde Smith, and Mark Schubin will provide insight into the challenging road ahead.
Three subjects will be on the menu:
What could happen ‘beyond HDTV’?
What program making systems do we need to ensure our future success?
What happens to broadcasting in a broadband world? 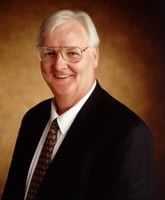 Clyde Smith is the Senior Vice President of New Technologies for FOX Network Engineering and Operations. In this role he is supporting Broadcast and Cable Networks, Production and Post Production operating groups in addressing their challenges with new technologies focusing on standards, regulations and lab proof of concept testing and evaluation. Prior to joining FOX he was SVP of global broadcast technology and standards for Turner Broadcasting System, Inc. where he provided technical guidance for the company's domestic and international teams.
He previously held positions as SVP of Broadcast Engineering Research and Development at Turner, SVP & CTO at Speer Communications, and Supervisor of Communications Design and Development Engineering for Lockheed Space Operations at the Kennedy Space Center. Smith also supported initiatives for Turner Broadcasting that were recognized by The Computer World Honors program with the 2005, 21st Century Achievement Award for Media Arts and Entertainment and a Technology and Engineering Emmy Award for Pioneering Efforts in the Development of Automated, Server-Based Closed Captioning Systems. In 2007 He received the SMPTE Progress Medal and 2008 he received the Storage Visions Conference Storage Industry Service Award. 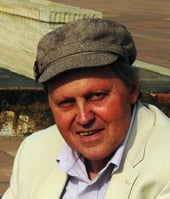 David Wood is a Consultant, Technology and Innovation, to the European Broadcasting Union, which has its headquarters in Geneva, Switzerland. He currently chairs  ITU-R and DVB groups concerned with Ultra High Definition Television.  David is a recipient of the SMPTE Progress Medal and is a Life Fellow.   David was educated at the University of Southampton, Electronics Department, in the UK, the Harvard Business School, and the Popov Institute in the Ukraine. 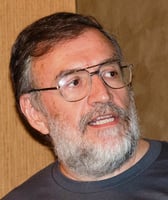 Multiple-Emmy-Award-winning SMPTE Fellow Mark Schubin serves as (freelance) engineer-in-charge of “The Metropolitan Opera: Live in HD,” the number-one alternative content for cinema worldwide.  He wrote the opening chapter of the European Digital-Cinema Forum’s “EDCF Guide to Alternative Content.”  He has been studying the history of alternative cinema technology since 1972 and has served as a consultant on alternative-content projects in Australia, Canada, Netherlands, UK, and US.  He blogs at SchubinCafe.com.
SMPTE is a New York State Registered Charity #42-07-71.
Copyright © 2022 SMPTE. All Rights Reserved. Privacy Policy