Drone-based RF measurement solutions are challenging traditional RF measurement procedures and practices for all Broadcast Technologies including AM Radio, FM and HD Radio and Digital TV. The use of drone based RF measurement automation has seen a significant increase in accuracy and a significant decrease in time to gather the results. This webinar introduces the viewer on how drone based RF solutions are changing and challenging the traditionals ways in which AM and FM antenna operations and compliance can be measured. 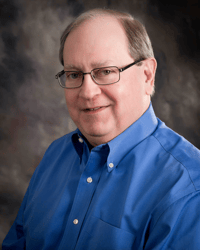 Gary is one of the founders of  Cavell, Mertz & Associates, Inc., a technology consulting firm which has served the broadcast industry since 1989. Gary has worked in management and technology positions in the broadcasting industry for over 40 years with a primary focus on designing, building, renovating and improving AM broadcast systems. Gary spearheaded his company’s efforts to be the first firm in the US to develop and utilize drone platforms to investigate VHF and UHF antenna system performance, as well as the use of thermal imaging for ground based and airborne broadcast plant fault investigation.

Gary was the recipient of the 2019 NAB Engineering Achievement Award for Radio, and the 2019 IEEE Broadcast Technology Society Jules Cohen Award for Outstanding Broadcast Engineering. Gary served as Editor-in-Chief for the 11th edition of the NAB Engineering Handbook and has authored many articles and papers on aspects of broadcast technology. For over 20 years, he has served as faculty member for the NAB Leadership Foundation. He is a Life Member of the IEEE and SMPTE, is a Past President of the IEEE Broadcast Technology Society, and received a Special Service Award for his tenure as President. He also is a member of the Radio Club of America, the SBE, and the Royal Television Society. Gary holds a Level II thermographer certification, is a licensed Extra Class amateur radio operator, and is an instrument rated private pilot. 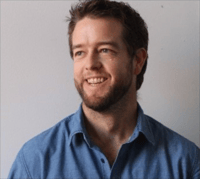 Jason is the Founder and Director of Sixarms, a specialist RF Consultancy company using drone based RF measurement systems to improve test and measurement practices. He has been involved in RF antenna and coverage systems since 1998 and has worked in the broadcast and telecommunications space in South Africa, New Zealand, Australia, England and the US.

He has delivered projects for clients that have involved the use of manned aircraft (helicopters) to measure their transmissions as well as land based measurements using purpose built 'coverage vans'. His knowledge in the area has been vital for the success of the ARMS (Airborne Radio Measurement System) product. His strength is in the technology domain and in identifying gaps, problems and inadequacies in current measurement trends.

Jason has been managing Sixarms' business for almost 6 years from its inception and has steered it towards significant growth in its consultancy services as well as developed a commercial products around antenna pattern verification and field measurements.