HDR as a Dramatic Imaging Tool, Examined from a Cinematographer's Point of View

High dynamic range (HDR) is most often discussed from an audience member's point of view, and there is an implication that more dynamic range on the theater screen will automatically deliver a more impressive, and immersive, movie-going experience. The fact is that an appropriate amount of dynamic range for the scene's content, the story, and the cinematographer's artistic intent is the goal — as it always is — in filmmaking. To a cinematographer, HDR is important as a visual option and can be used to create impressive images when it is a precisely calibrated and predictable tool. 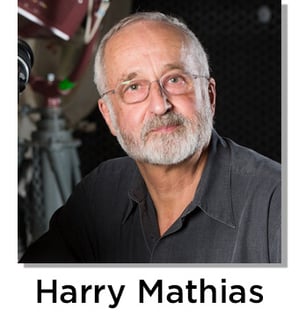 Harry Mathias is an experienced Director of Photography of feature films. He has been a film and digital cinema cinematographer on a great many studio pictures. His feature films have included drama, comedy, action, and special-effects movies. He is also a pioneer of digital cinema, holding four film and digital cinema patents, with two more pending, He is a Life Fellow of the Society of Motion Picture and Television Engineers (SMPTE) and was a founding member of the American HDTV Production and Digital Cinema Standards Committees. Harry Mathias was nominated for an Oscar in 1980 for Solly’s Diner. Mathias has been a designer and consulting engineer for both film and digital cinema cameras and was the Senior Consultant to four Panavision CEO’s. He was the Director of Motion Picture Technology (world-wide), and Head of West Coast Operations for Schneider Optics Inc. He founded and ran Barco Digital Cinema in North America as the Managing Director. He was the co-founder, and as Co-Director, ran NEC’s startup Digital Cinema division. He teaches and gives invited lectures worldwide. His past teaching includes: Santa Fe University (Professor and Cinema Department Chair), UCLA, American University, USC, American Film Institute, and the Swedish Film Institute. He is now a Tenured Professor at San Jose State University in California. He just released his fourth book: The Death & Rebirth of Cinema: MASTERING THE ART OF CINEMATOGRAPHY IN THE DIGITAL CINEMA AGE, published by Waterfront Press.