The HPA has scheduled its second annual HPA Tech Retreat UK, presented by SMPTE Ltd., for 11 – 13 July 2017 at the Heythrop Park Resort in Oxfordshire, UK.

On 11 July, a half-day programme covering Virtual Reality (VR), Augmented Reality (AR) and Mixed Reality will be presented as part of TR-x (Tech Retreat Extra). This special edition webcast provides a peek into the upcoming and informative HPA TR-X programme.

The presenters will explain why VR/AR/MR is given such a pivotal role in the HPA Tech Retreat UK programme, the controversial topic of VR compression, standards activity in the VR/AR/MR space and quality control challenges with VR.

This is your opportunity to learn about some of the top-of-mind issues associated with VR/AR/MR and also be eligible to receive a discount to the HPA TR-X in Oxfordshire! 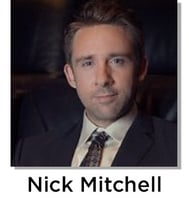 Nick is an innovative media technologist with a passion for enabling creativity and producing immersive entertainment. Until recently, Nick spent his days developing digital cinema technologies and services, creating world-class facilities and workflows for theatrical content mastering and distribution at Technicolor and Deluxe Technicolor Digital Cinema.

In November, Nick set out on another adventure, rejoining Technicolor as the Vice President of Immersive Technology at the all new Technicolor Experience Center in Culver City. The TEC will support and showcase the company’s exploration and development of new and emerging virtual, augmented, and mixed/merged realty (XR) production technologies and services.

Richard Welsh is co-founder and CEO of Sundog Media Toolkit Ltd. He serves on the board of the Society of Motion Picture and Television Engineers (SMPTE) as Governor for EMEA, Central and South America region and is an Associate Producer on the production of the SMPTE documentary, “Moving Images.”

Welsh has worked in the cinema industry since 1999. He has been involved in various technology development work during this time, primarily in digital cinema and is named on patents in the area of visual perception of 3D. Welsh started his career at Dolby Laboratories where he held various positions including Film Sound Consultant, Mastering Engineer and Director of Digital Cinema. Subsequently, Welsh became Head of Digital Cinema Operations at Technicolor, where he was the operational lead for Digital Cinema, Localisation and Sound Services. At Technicolor, Welsh was responsible for all mastering, distribution and client services for theatrical releases across their UK facilities. In 2013, Welsh established cloud software company Sundog Media Toolkit. He also lectures in Media Technology at Southampton Solent University, and holds a BSc (Hons) in Media Technology and an honorary Doctor of Technology degree. 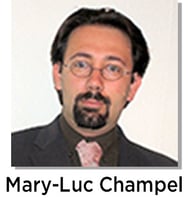 Mary-Luc Champel graduated from the ENSIMAG in 1997. After a first experience in both the development and the installation of VIACCESS Conditional Access systems, he joined Technicolor Research & Innovation in 1999 and since then he has been working on different Video over IP topics. With more than 15 years of experience in standardization, Mary-Luc is now Standards Director within Technicolor. Along these years he participated and contributed to different standards development organizations such as DVB (on DVB-MHP, DVB-IPI, DVB-TM), Pro-MPEG, the video services forum (where he served in the board of directors from 2006 to 2011), SMPTE (on SMPTE2022-x suite of standards), ATSC (on transport activities of ATSC 3.0), MPEG (on MPEG-3DGC, MPEG-MMT and MPEG-DASH) and the DASH Industry Forum. In particular, today, Mary-Luc is co-chair and editor of MPEG-DASH part 5 (Server And Network assisted DASH).