IEEE BTS Webcast: The Next Three Innovations for Networked Radio

Over half of all US radio facilities are using Audio over IP.  More are converting every day as AoIP technology offers undeniable advantages to all stakeholders.

Broadcast engineers are consistently experiencing the serendipity associated with networked IP audio.  They're uncovering new capabilities and applications that were never available - or never convenient - with baseband analog or AES3 audio connections. This presentation exposes the ever-spiraling discovery and development cycle that drives these new capabilities and applications.

2.     Gaining control and monitoring like never before - without resorting to traditional GPIO connections and custom interfaces.

3.     Realizing significant economies in floor space, AC power, HVAC, and operational convenience through virtualization, while giving the next generation of content creators the web-based tools they're expecting.

AoIP serendipity is creating more convenient workflows, more creative opportunities, and lowering costs of operation for radio broadcasters.  It's critical that broadcast engineers are aware of the next innovations for networked audio. 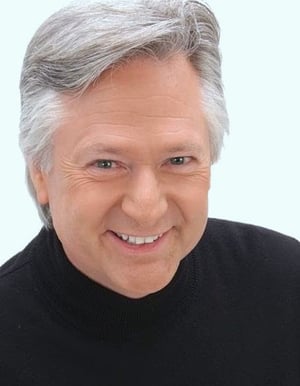 Secondary Affiliation: South Seas Broadcasting Corp. - Pago Pago, American Samoa
Kirk Harnack brings over 35 years of hands-on experience in broadcast engineering and education to his position at Telos. His expertise in putting technology to work in broadcast facilities has driven notable expansion in IP-Audio and other new technology adoption. Kirk maintains an active, hands-on role in broadcast engineering through his positions as a partner and VP-Engineering of South Seas Broadcasting, Inc., licensee of KKHJ-FM and WVUV-FM in American Samoa. He is also a partner and Director of Engineering for Delta Radio, LLC, licensee of six radio stations
in Mississippi. Kirk is a certified Meteorologist, Private Pilot, and licensed General Class Amateur Radio operator (KD5FYD). He has served as Chairman of the SBE Chapter in Memphis, Tennessee, and Program Chair and Vice- Chair of SBE Chapter 103 in Nashville, Tennessee. Kirk founded the Internet netcast, “This Week in Radio Tech” or “TWiRT”. This 1-hour weekly video netcast features regular contributors and guests from the world of radio engineering.

*BTS/SMPTE disclaimer that the webcast is offered for educational purposes only. Views and opinions expressed are those of the presenter and do not necessarily represent opinions of BTS or SMPTE. Reference to specific companies, products, or services, does not represent promotion, recommendation, or endorsement by BTS and SMPTE.