The talk will provide an overview about the current status and next steps of multicast/broadcast standardization in 3GPP for 5G, covering both the LTE-based terrestrial broadcast solution in Release-16 (also known as further evolved Multimedia Broadcast Multicast Service FeMBMS), as well as stand-alone 5G New Radio (NR) and 5G Core (5GC) in Release-17.

The talk will also present the technical solution of the European H2020 5G-Xcast project to introduce point-to-multipoint communication capabilities in the 5G air interface, Radio Access Network (RAN) architecture and core network in a transparent way from end-users and content providers, as pre-standardization work for 3GPP Release-17. 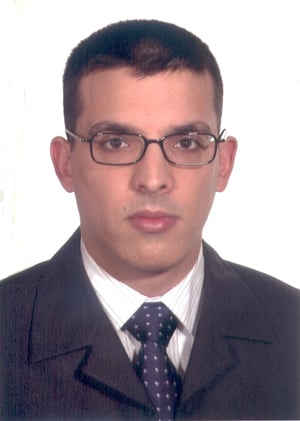 David Gomez-Barquero received a Ph.D. degree in telecommunications from the Universitat Politecnica de Valencia (UPV), Spain in 2009. He is a Senior Researcher (Ramon & Cajal Fellow) with the Institute of Telecommunications and Multimedia Applications (iTEAM), UPV, where he leads a research group working on next-generation wireless broadcasting technologies. He held visiting research appointments at Ericsson Eurolab, Germany, the Royal Institute of Technology (KTH), Sweden, the University of Turku, Finland, the Technical University of Braunschweig (TUBS), Germany, the Fraunhofer Heinrich Hertz Institute (HHI), Germany, the Sergio Arboleda University of Bogota, Colombia, the New Jersey Institute of Technology (NJIT), USA, and the Electronics and Telecommunications Research Institute (ETRI), South Korea.   Dr. Gomez-Barquero has been during the last decade actively participating in the digital television standardization.

He participated in the validation of the second-generation digital terrestrial television technology DVB-T2, and in the standardization processes of its mobile profile T2-Lite and its handheld evolution DVB-NGH. He also contributed to the DVB-T2 implementation guidelines and co-edited the DVB implementation guidelines on upper layer forward error correction. He was involved in the promotion and adoption of DVB-T2 in Colombia, and worked with the national regulators on the network and spectrum planning and the technical specifications. He participated in the standardization process of ATSC 3.0 acting as Vice-Chairman of the Modulation and Coding ad-hoc group. His recent research interests are focused in the development of broadcast and multicast technology components for 5G. He is the project coordinator of the 5G-PPP 5G-Xcast project.   Dr. Gomez-Barquero has published over 150 scientific papers and has participated in many technical program committees of international conferences. He is the editor of the book “Next Generation Mobile Broadcasting” (CRC Press 2013), and an associate editor of the IEEE Transactions on Broadcasting and the ETRI Journal.