Media in the Cloud: Implementation from the User Perspective

Media in the Cloud: Implementation from the User Perspective

Media in the cloud was proposed for future implementation, but recent global events accelerated its adoption out of necessity. During this webcast, you will hear about the challenges, experiences and insights from a panel of notable media cloud professionals. Topics will include connectivity, cost, integration/interoperability, the question of performance test and measurement and more. 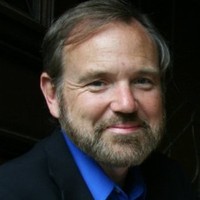 For three decades, David McElhatten has been in the forefront of the production and distribution of digital and broadcast media enabling new products and technology solutions for Television, VOD, OTT, Home Entertainment and Video Gaming.

David has most recently served as the SVP of Media & Software Solutions both at 21st Century Fox and at Disney for the last 6 years.  This role was responsible for the management of Media Engineering, Broadcast Software Solutions, VOD, Platform Engineering, and the Broadcast Data Network. This role encompassed management and strategic oversight of an end to end, Cloud based Media Supply Chain, which provided delivery of all content and media management for linear and non-linear content distribution.  David is also the Principle Inventor of 3 digital television patents and recipient of a Technical Emmy in 2019 for pioneering work in cloud based media supply chains.

As the leader of Discovery’s Technology, Workflow, and Inventory Systems team, Josh Derby develops new technology solutions and software for Discovery’s global portfolio of networks and platforms. Josh leads Discovery’s internal Media Technology R&D team as well as heading up Discovery’s cloud-based supply chain and media inventory management systems in his role within Discovery’s Global Technology team.  Josh has been part of many technological evolutions in his 20+ years at Discovery. He has played major roles in Discovery’s transition from SD to HD, from tape-based to file-based, and now from linear to direct-to-consumer. He’s a proud member of the team that earned Discovery a Technical Emmy in 2020 for pioneering work in moving media supply chains to the cloud.  Derby is a long-time member of SMPTE, a board member of the Advanced Imaging Society, and an alumnus of James Madison University’s School of Media Arts and Design (SMAD) in Harrisonburg, Virginia. 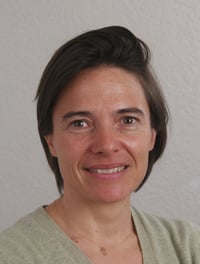 Lucille Verbaere is Senior Project Manager at EBU Technology and Innovation, coordinating Cloud and Media Cybersecurity activities. She has 20y-experience in Cybersecurity, Telecommunications, Air Transport and Semiconductor industries. She started as an R&D engineer at STMicroelectronics, doing research on wireless telecom systems, then moved to program and product management positions at SITA, providing connectivity and data management services to airports and airlines. Before joining EBU in September 2020, Lucille was responsible at IDQuantique for a portfolio of cybersecurity products, based on quantum physics. 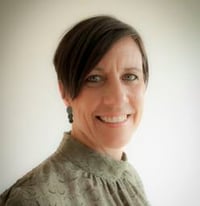 Nic Kemp is an independent media and broadcast workflow and innovation specialist and works as an associate for the Digital Production Partnership (the DPP). She has been an advocate for the cloud for many years.  She has designed and implemented end-to-end video workflows for large-scale transformational projects for broadcast, post-production and news environments  - from tape to file workflows and integrating systems in the cloud as early as 2008.  She works with production companies on their strategy, implementing systems and refining their end to end technical and creative processes.
Nic also works with Rise, a not for profit organization advocating for gender diversity in the broadcast and media industry. She currently runs their mentoring programme and curates some of their events.