No matter where one works within today’s digital production workflows, there are three fundamental components that one will nearly always encounter: Essence, Containers and Packages. Packages are containers of Containers, and Containers hold the Essence—the raw, digital representation of the content itself. Although there are dozens (if not hundreds) of different types of each that one may encounter, there are common principles that govern the role of each. A strong understanding of those roles and the principles that guide them allows one to work more efficiently and effectively throughout digital production. This presentation provides a look at how these components relate to one another within digital content production, and the growing importance of understanding them going forward. 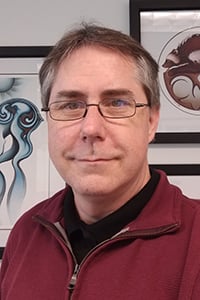 Mark Johnson has been working in the entertainment industry for over twenty years.  Currently a senior vice president at Xperi in charge of the DTS audio codec program, Mark began his career as a DVD author in 1997.  In subsequent years, he changed his focus to the tools and workflows used for creating DVDs, taking charge of product design of the popular Scenarist DVD authoring system and later heading R&D of the DVD creative services group at Technicolor.  During this time, he developed numerous software tools to aid content production, participated in the creation of the Blu-ray Disc format, and co-authored several books, including DVD Demystified, 3rd Edition.  Mark went on to found several start-ups that developed production tools and application programming environments for Blu-ray Disc, pioneering development of BD-Live networked applications, as well as time-based metadata and streaming video.  He wrote much of the code behind the original Netflix Instant Streaming Disc for Playstation 3.  For the past seven years, Mark has worked on DTS audio technologies and how they are used in packaged media, streaming and other digital delivery formats.  Mark is listed as inventor on over a dozen software and media-related patents dating back to as early as 1996.