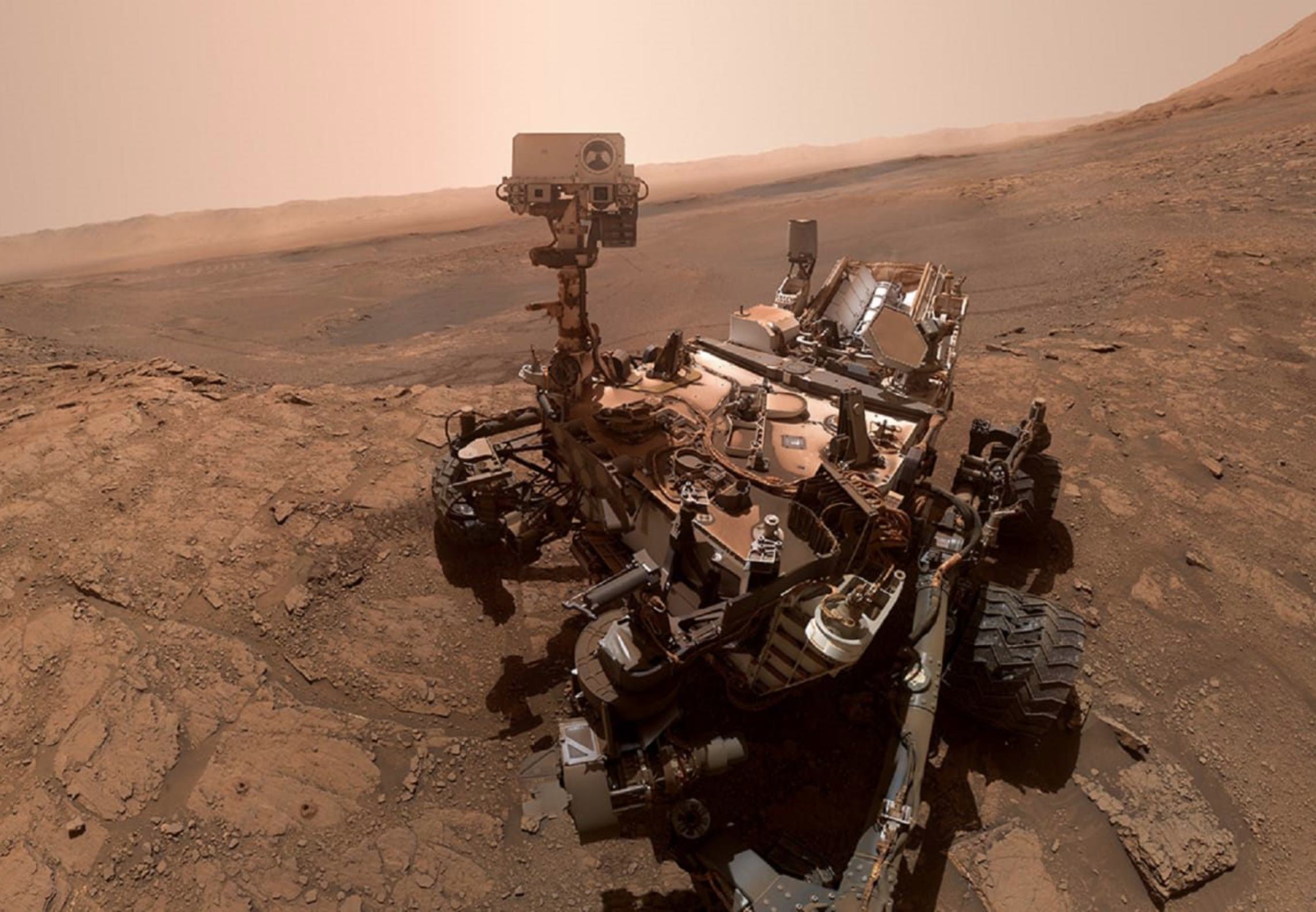 Join us for an extraordinary story of the Mars Perseverance Rover's imaging technology and systems.  Peter Wharton, SMPTE's VP of Membership, and his guests, Jim Bell from Arizona State University, the principal investigator for the Supercam will lead.  This webcast will explore how gigantic leaps in technology bring us closer to understanding the vulnerability of our existence in Space.  It will prompt us to think about how our "human envoys" and robotic exploration can inspire us to go beyond, and once again understand what it means to be at the frontier. 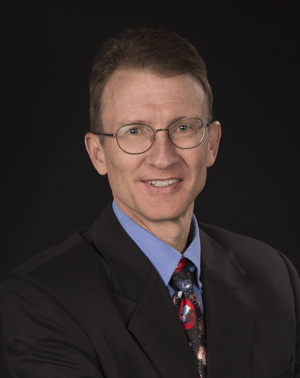 Dr. Wiens started his scientific career by writing the first dissertation on the Mars atmosphere based on samples analyzed in the laboratory, from martian meteorites. He has worked as a scientist at Caltech, the University of California, and Los Alamos National Laboratory, and has made extended research visits to NASA’s Johnson Space Center, Jet Propulsion Laboratory, the University of Bern, Switzerland, and Paul Sabatier University in Toulouse, France.

Dr. Wiens was responsible for three instruments for NASA’s Genesis mission and he acted in the capacity of Flight Payload Lead. This mission was the first to return to Earth from nearly a million miles beyond the Moon, when it landed in 2004 with solar-wind samples that revealed exciting details about the composition of the Sun.

Dr. Wiens is the leader of the ChemCam laser instrument on the Curiosity rover which landed in 2012. He has directed the US and French team operating ChemCam and interpreting the data returned from Mars. Wiens has been involved in other NASA robotic missions as well, including Stardust, Mars Odyssey, Lunar Prospector, and Deep Space-One, which include missions to the Moon, Mars, and comets. Since 2014 he has led the SuperCam laser instrument developed for the Perseverance rover, which is set to land on Mars in February 2021. Wiens has been recognized by NASA and Los Alamos National Laboratory for his contributions to science. In 2016 he was knighted by the government of France for his work in “forging strong ties between the French and American scientific communities” and for “inspiring many young, ambitious earthlings.” He has received other awards, including the naming of Asteroid 41795 WIENS.

Dr. Wiens is a very active writer and speaker, giving several public talks each month and publishing a dozen papers per year. Models of his teams’ instruments are displayed in museums in Los Alamos and Toulouse, France. His book, Red Rover: Inside the Story of Robotic Space Exploration from Genesis to the Mars Rover Curiosity, published in 2013 (Basic Books, New York), describes his teams’ space adventures. Dr. Wiens has a vision to communicate to the public the adventure and challenge of space exploration and to encourage others to pursue their dreams despite the obstacles. 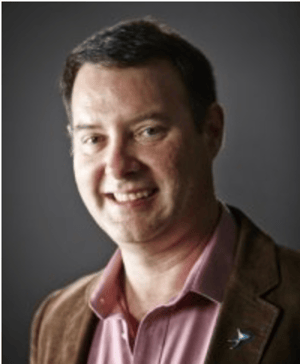 Jim Bell is a planetary scientist, educator, author,  public speaker, and President of  The Planetary Society. He works at Arizona State University and is heavily involved in NASA solar system exploration missions like those of the Mars rovers Spirit, Opportunity, and Curiosity.  In 2011 he received the Carl Sagan Medal for Excellence in Public Communication  from the American Astronomical Society. He is an avid writer for space-related magazines and blogs, and often appears in  media interviews on space-related topics (check out Jim Bell's YouTube channel). His popular science and space photography books include  Postcards from Mars  (2006),  Mars 3-D  (2008) ,  Moon 3-D  (2009),  The Space Book  (2013), The Interstellar Age  (2015), The Earth Book (2019), and most recently  Hubble Legacy: 30 Years of Images and Discoveries (2020). Jim is a Professor in the  School of Earth and Space Exploration at ASU, an Adjunct Professor in the Department of Astronomy at Cornell University, and a Distinguished Visiting Scientist at NASA's Jet Propulsion Laboratory.

Jim is an active public speaker for both public and academic audiences, and as a member of the  Penguin author's speaker's bureau, his talks cover a wide variety of space-related topics, with book talks on topics ranging from Exploring Mars with Rovers (Postcards from Mars), Viewing the Solar System in 3-D (Mars 3-D, Moon 3-D), and The Future of Space Exploration (The Space Book, The Interstellar Age), and other public-audience talks related to topics such as The Search for Life in the Universe, The Role of Science and Exploration in Society, and Building Bridges Between Engineers and Scientists. Jim would be delighted to consider sharing his passion for space exploration with your group. Please contact Jamie Knapp (jknapp@penguinrandomhouse.com) to arrange for an interview or speaking appearance.

Jim runs an active research program spanning many students and topics. Currently, active areas of research in his group include surface mineralogy and weathering history of Mars, surface composition and mineralogy of the Moon, and geologic processes on the surfaces of terrestrial planets, moons, and asteroids. A summary of Jim's Research Group can be found  here, and links to recent research papers and conference presentations and a full publication list click  here. 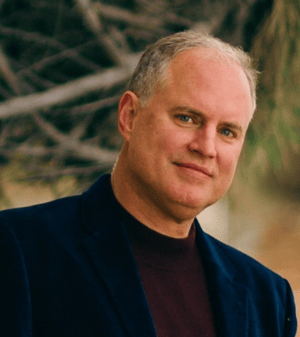 Peter Wharton is the Managing Partner of Happy Robotz LLC, a media technology engineering, development and consulting company that focuses on creating transformative cloud-based media operations through intelligent and highly automated end-to-end workflows. Happy Robotz is currently engaged to migrate the media and playout operations of a major US broadcast network into AWS as well as working with several other broadcast networks, station groups, service providers and technology companies on their cloud migration strategies. Peter also serves as an advisor to TAG Video Systems which makes innovative all-IP monitoring systems.

Prior to Happy Robotz, Peter was CTO for BroadStream Solutions Inc, a software company specializing in television production, workflows and playout where he was responsible for the technical and strategic direction and led their development efforts in cloud playout.

Before joining BroadStream, Peter was at Grass Valley (Miranda Technologies) where he held a wide range of roles in sales, business development, strategic account management, product management, development and engineering. He has played a role in the centralization initiatives of several station groups and the design and implementation of numerous specialty channel and TV network playout facilities. He oversaw the teams responsible for playout and automation, broadcast NMS and fiber optic systems for live production and transport. He led the development of several innovate market-leading products including an uncompressed HD graphics realtime rendering engine and NMS solutions optimized for specific applications including transmission and transport, centralized playout and OTT/IPTV delivery.

Early in his career Peter held engineering, development and management roles with ABC Networks and the Fox News Channel where he oversaw technical field operations, special events and White House coverage. After completing the launch of the Fox News Channel, in 2000 Peter joined the new business development team at PanAmSat, the world’s largest private satellite company, where he was part of the development team that pioneered an innovative satellite-based CDN. A SMPTE Fellow, he currently serves as SMPTE’s Membership VP and previously served as the Secretary/Treasurer and Eastern Regional Governor. He has produced the “Bits By The Bay” SMPTE conference in the Washington DC area since 1999.