Building on the first ATSC 3.0 webcast, this webcast will explore more deeply the technical aspects of ATSC 3.0 including system requirements and configuration, inter-layer protocols, STL transport protocol, and security.

Building on the first ATSC 3.0 webcast, this webcast will explore more deeply the technical aspects of ATSC 3.0 including system requirements and configuration, inter-layer protocols, STL transport protocol, and security. 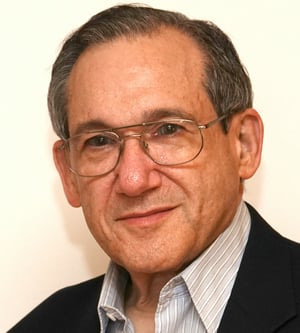 S. Merrill Weiss is a consultant in electronic media technology, technology management, and management, with a career spanning over 52 years in broadcasting and related fields, including over 28 years in consulting. He has been involved in the development of technology and the writing of standards for digital television for over 42 years, often leading those efforts. He has been involved in the development of digital television standards since the first such SMPTE standard and contributed to the development of both ATSC 1 and ATSC 3, participating in most and chairing several of the ATSC 3 specialist committees. In particular, he has been involved in defining the physical layer implementation, chairing work on the Scheduler, Studio-to-Transmitter Link, and Single-Frequency Network technologies for it. He chaired efforts to describe the ATSC 3 ecosystem. In SMPTE, Merrill has chaired numerous committees and a Task Force, has been a member of the Standards Committee for over 31 years and currently chairs the Working Group on the Archive eXchange Format (AXF). In his day job, he also is working with clients on system designs for their transmission facilities following the FCC Spectrum Repack and their implementations of ATSC 3. He will be sharing with us his perspectives on some of the possibilities of and requirements for the implementation of ATSC 3 lower layer systems.

Merrill has written and/or presented well over 100 technical papers in various journals and at numerous technical conferences. He has written several books, including chapters in each of the two most recent NAB Engineering Handbook editions. He was elevated to the rank of Fellow by SMPTE in 1987 and was the 1995 recipient of its David Sarnoff Gold Medal Award and the 2005 recipient of its Progress Medal, SMPTE’s highest technical recognition. He was the 2006 recipient of the NAB Television Engineering Achievement Award, and the 2012 recipient of the ATSC Bernard J. Lechner Outstanding Contributor Award. He won the IEEE Broadcast Technology Society Matti S. Siukola Award in 2012 and 2013. In 2018, he was the recipient of both the IEEE BTS Jules Cohen Award for Outstanding Broadcast Engineering and the SMPTE Excellence in Standards Award. In 2019, he was a member of a group of authors who received the NAB Best Paper Award. Merrill is a member of the Association of Federal Communications Consulting Engineers, a 50-year member of the Society of Broadcast Engineers, and is certified by SBE at the level of Professional Broadcast Engineer. He currently is contributing to the preparation of the exam for SBE ATSC 3 Specialist certification. Merrill holds four U.S. patents and several international patents on broadcast transmission technology. He is a graduate of the Wharton School of the University of Pennsylvania.