There seems to be no shortage of video codecs nowadays. MPEG just added VVC and EVC to the mix with LCEVC expected to join them soon. But how do the newcomers fit in with the already deployed MPEG standards AVC and HEVC? And how do they fit in with VP8, VP9, and AV1 launched by Google and AOMedia? This webcast will break down the unique capabilities and tools each video codec possesses. We will look at which use cases each codec addresses and compare performance. This webcast will provide technical detail at a level intended to help media professionals make informed decisions about video processing, distribution, and storage

Walt Husak began his career carrying out video objective measurements and radio frequency (RF) multipath testing of high definition television (HDTV) systems proposed for the Advanced Television Systems Committee, Inc. (ATSC) standard. He worked on issues related to global HDTV deployments, including video compression, digital television RF transmission, and overcoming multipath signals in urban and rural environments. He joined Dolby in 2000 as a member of the chief technology officer’s office working on video compression and imaging systems for digital cinema and digital television. He has managed or executed visual quality tests for Digital Cinema Initiatives, ATSC, Dolby, and Moving Picture Experts Group, with a current focus on HDR. He has authored articles and papers for major industry publications and holds several patents. He was also a member of two teams that received Emmy Awards. He currently co-chairs the Joint Photographic Experts Group (JPEG) Requirements Group and is the Chair of the USNB for JPEG. 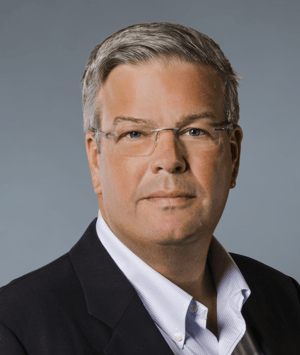 In his current role at Dolby, Sean McCarthy, Ph.D., explores innovations, new use cases, and core technology standards that assist Dolby transform storytelling, and produce new experiences that unleash the potential of entertainment and communications. McCarthy brings a unique convergence of expertise in signal processing and the neurobiology of human vision to digital video and entertainment technology. Before joining Dolby, he led advances in state-of-the-art of video processing, compression, and practical vision science as a fellow at ARRIS. He held similar responsibilities as Fellow of Motorola’s technical staff and as chief scientist at both Modulus Video and at ViaSense, a spin-off from the University of California Berkeley that developed commercial applications of the human visual system. McCarthy has published many papers in the areas of video processing and applied vision science, and has more than two dozen issued U.S. and international patents. He earned a BS in physics from Rensselaer Polytechnic, and earned his Ph.D. in bioengineering jointly at University of California, Berkeley and University of California, San Francisco.