UHD in a hybrid SDI/IP World

The last year has seen a lot of excitement around the transition to IP in the broadcast environment, but SDI still plays a vital role.

The hybrid SDI/IP models that will be adopted by most operations still need to consider the role that SDI plays for HD, but especially important is the role of SDI as it pertains to the introduction of UHD-1 (commonly referred to as 4K).

The SDI interface is the only standardized means for interconnecting UHD devices today, and those who are looking to roll out UHD-1 need to have a much better understanding of the challenges and issues that may result in a hybrid environment.

Please join guest speaker, Semtech’s Nigel-Seth Smith, as he highlights some of those challenges; provides an update to the current technologies and discusses why SDI will continue to be an enabling technology for the roll out of UHD-1 (and UHD-2). 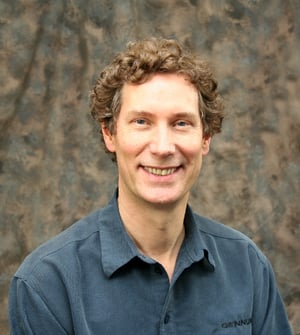 Nigel Seth-Smith joined Gennum, which has since been acquired by Semtech, in 2002 as part of a team responsible for Strategic New Product Definition and Business Development. He first digitized a video signal in 1977, and has been working with pictures, and the numbers which represent them, ever since. Prior to joining Gennum, Mr. Seth-Smith was in R&D design and engineering management at a number of organizations, including the UKIBA, where he designed and operated the equipment used to select the sampling rate for ITU-R 601; Scientific-Atlanta, where he headed up the team that developed B-MAC, the first component-based secure satellite video transmission system; DPS, where he developed the first M-JPEG based hard drive recorder; and Snell & Wilcox, where he managed R&D. He has been a member of the IET since 1982, the IEEE since 1995, and SMPTE since 2007. He has published a number of patents and papers, and has made presentations at IBC, NAB, Montreux, HD Masters, BVE, SMPTE and ICCE. He is currently active in standards work in SMPTE and ITU-R in the fields of UHDTV interfaces and network based genlock timing.
SMPTE is a New York State Registered Charity #42-07-71.
Copyright © 2022 SMPTE. All Rights Reserved. Privacy Policy