In order to help the entire production pipeline tackle the many complexities of this emerging technology, SMPTE is launching a new initiative, Rapid Industry Solutions (RIS), to focus on developing solutions that matter to the industry in a rapid timeframe.

Join us at this webcast to hear how SMPTE’s initiative will support the industry’s needs including addressing the challenges in knowledge, interoperability, and lack of resources within On-Set Virtual Production.

The results, including curated education, interoperability guidelines, benchmarks, workflows, naming conventions and technical solutions, will benefit creative and technical individuals and organizations working in this space.

Best of all, technical work resulting from the On-Set Virtual Production initiative will be open and free to the industry.

See how you can benefit from this initiative and become part of the transformation to change the Media and Entertainment industry. 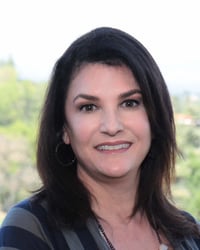 Kari Grubin is a multi-talented executive who has spent the past 20 years leading and
managing studio divisions, global post production facilities, corporate departments and
groups within trade organizations. Kari currently leverages her expertise through her
partnership with companies and professional organizations as a business consultant,
specializing in the media and entertainment vertical.

Previously, Kari demonstrated her strong record of technical operations supervision and
confident, insightful leadership of creative teams as Vice President of Mastering for
Studio Operations at The Walt Disney Studios, where she developed a long-term
strategic vision for mastering across the title lifecycle. In that role, Kari served technical lead and key contributor for content specification development and master asset delivery for all distribution windows, resolving planning conflicts, version control and general performance in the area of mastering.

Kari serves on the board of the Hollywood Professional Association (HPA), where she is also the chair of Women in Post Committee. In 2016, she co-created the Young Entertainment Professionals Program (YEP) at the HPA, which has provided outreach and mentoring to over 100 young leaders in the entertainment industry. Kari is now the Co-Chair of HPA ALL, the HPA’s Diversity, Equity and Inclusion (DEI) Initiative to continue the expansion of HPA’s commitment to create an inclusive environment for all members of the M&E industry, especially those from under-represented groups. She is an active member of SMPTE, which is partnering with HPA on DEI efforts.

After spending her early years in staff positions at Universal Studios and as an assistant film editor, Kari joined Paramount Pictures’ digital mastering operations, rising to head of technical operations. In 2002, she formed Global Entertainment Partners (GEP) and served as general manager, growing the company’s services to include 2K/HD digital intermediates and mastering, dailies services, library restoration and re-mastering, and editorial services. In 2006, Grubin and her partner sold GEP to Deluxe Entertainment Services Group and Kari transitioned to Deluxe subsidiary Deluxe Digital Media, where she was Vice President of Post and Restoration. She was responsible for business lines that included library restoration and re-mastering (4K, 2K, HD), reality TV finishing services, editorial, digital archive migration, digital intermediates and dailies services. As a member of the Deluxe executive team, she collaborated on end-to-end services for Disney and Fox.

Kari then joined NSS Labs, the leading information security research and advisory company that is both an analyst firm and testing laboratory, as sales director focusing on the entertainment sector, specializing in cyber security.

Kari is in demand as a speaker on a variety of topics. Recent presentations include the HPA ALL IN, SMPTE Annual Technology Conference, NAB Cinemerge, HPA Women in Post, HPA Tech Retreat, the Academy Gold Internship Program and Careers in Film Summit (AMPAS). She holds three US patents in media and entertainment technology as a co-inventor.

Hans Hoffmann was born in Munich, Germany. He holds a diploma in telecommunication engineering from the University of Applied Sciences in Munich. In 2007, he completed his Ph.D. studies at Brunel University West London, at the School of Engineering and Design. From 1993 to 2000, Hoffmann worked at the Insitut fuer Rundfunktechnik in research and development for new television production technologies. In 2000, he joined the European Broadcasting Union (EBU) as a senior engineer in the technical department. By now, as senior manager in Technology and Innovation,  he is leading a great team of professionals focusing on emerging media technologies such as immersive media, IP, cloud, Data and AI, new workflows and broadcasters innovation strategies.  Hoffmann has chaired several EBU activities and co-chaired Task Forces between SMPTE and EBU and was instrumental in setting up the Joint Task Force on Networked Media.  He has a long history of involvement in SMPTE and international groups (e.g. AMWA) and leads currently the Inter-SDO group and co-chairs the Forum of Advanced Media in Europe (FAME). Hoffmann is an ambassador of growing next generation leadership in the media industry, a fellow of SMPTE and a member of the Institute of Electrical and Electronics Engineers (IEEE), and the FKT (Germany) from which has was awarded with the Richard Theile medal in 2020. 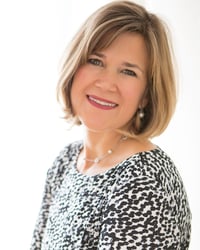 Barbara Lange joined SMPTE as Executive Director in January 2010.   Founded in 1916, SMPTE is the global professional association that supports the technical framework and professional community which makes quality motion imaging available to consumers in a variety of media formats.

Ms. Lange’s portfolio includes participating in, and executing on, the SMPTE Board of Governors’ strategic vision and to ensure the Society’s continued relevance in an ever-evolving global media technology ecosystem.  Under Ms. Lange’s leadership, membership has grown by more than 30%, more than 200 leading-edge industry standards have been published -- including industry game-changers such as Interoperable Master Format (IMF), High Dynamic Range (HDR), and Video Over IP -- and the Society has educated thousands of professionals on critical technical topics.

Today, Ms. Lange’s focus is implementing a 3-year strategic business plan that will further SMPTE’s visibility and relevance with an emphasis on attracting a younger and more diverse membership demographic.  As a part of this effort, in 2020, the Society launched a new brand image and website.  In 2015, Ms. Lange led the acquisition of the Hollywood Professional Association (HPA), a leading trade association focused on the application of technology in the creation, distribution and consumption of professional media content.

Ms. Lange holds a BA in Chemistry and German from Washington and Jefferson College (Washington, PA), and completed the Executive Development Program at the Kellogg School of Management at Northwestern University.  Prior to joining SMPTE she held executive roles in scholarly publishing at highly respected organizations including Springer-Verlag and the IEEE, the world’s largest technical professional association.

Ms. Lange has been recognized for her leadership by Washington & Jefferson College, the IEEE, StudioDaily50, and the TVNewscheck 2020 Woman in Technology Award for her role in “making a difference in the media industry”.  In 2021, she has been honored by TVB Europe as a 2021 Technology Leader to Watch and by Broadcast & Cable with 2021 Tech Leadership Award.