Is Virtual Reality Still The Future?

The trough of disillusionment is an oft-cited hype cycle bracket during which, as Gartner defines it, “interest in a technology wanes as experiments and implementations fail to deliver.” Until now, that’s been the case for virtual reality (VR).

The trough of disillusionment is an oft-cited hype cycle bracket during which, as Gartner defines it, “interest in a technology wanes as experiments and implementations fail to deliver.” Until now, that’s been the case for virtual reality (VR). Consumers, pundits, and investors thought of VR as a clunky box strapped to a person’s face. Augmented reality (AR) was considered by some to be science fiction involving glasses that may or may not ever materialize. Today, however, immersive entertainment refers to a new type of audience engagement that blurs the lines of what is real and what is synthetic. It is already engaging audiences in numerous venues using a wide selection of technologies. Entertainment products, advertising, sports, and gaming are coming together on a dizzying array of display devices. The technology and techniques for capturing, manipulating, and displaying immersive and interactive content are already in use, with constantly expanding capabilities. This SMPTE Technology Webcast will explore the virtual future! 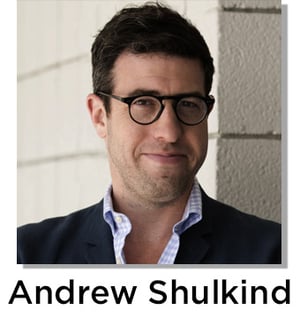 Andrew Shulkind is one Hollywood’s leading voices on the future of entertainment. Building on an award-winning career as a cinematographer of films, television, and advertising, Andrew has a decade of work for the Superbowl and other projects under his belt garnering over 1 billion online views. He has co-founded three technology startups centered around immersive imaging, artificial intelligence, and the future of audience engagement. Andrew is a unique executive who understands both the value proposition of an IP-centric entertainment economy and the technical intricacies of what it takes to actually make a valuable piece of content. His pedigree for quality sets the bar for a sustainable future of premium experiences, merging only the best of what has worked before and trailblazing new systems for extraordinary efficiency. Andrew also serves as an innovation advisor for many of the leading technology corporations and content studios, speaking globally on how to mate creativity with products to connect to a connected audience.