In the talk Dr. Pérez Guirao summarizes the work conducted over the past two and a half years within 3GPP, EBU and 5G-MAG working groups, for the development of 5G technology for content production.

First, Dr. Pérez Guirao discusses content production use cases and their potential requirements to 5G. Although most of the use cases discussed are already possible with existing technologies, they may see a successive migration to 5G as far as it is able to provide an added value (e.g. cost reduction, simplification of workflows, interoperability) to involved stakeholders. Further use cases, that may be first enabled by 5G, will also be discussed. Further, Dr. Pérez Guirao will resume the standardization activities initiated by the content production community in 3GPP Rel-17 as well as the 5G-MAG activities to accelerate standards development and adoption. To conclude the talk, Dr. Gómez Vaquero, as the project coordinator, will introduced the recently started 5G-RECORDS (https://5g-ppp.eu/5g-records/) project, a EU funded project which for the very first time brings together at a large scale the content production (PMSE) sector with the telecom sector. 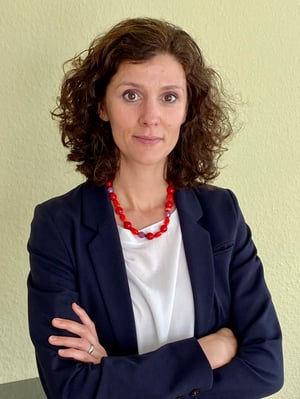 From January 2009 to October 2013 she worked as a Post-Doc researcher at the Institute of Communications Technology (IKT), Gottfried Wilhelm Leibniz University Hannover, Germany. In 2011 she co-founded a technology-oriented start-up company focusing on cognitive radio systems and coexistence management for professional wireless applications. She led the engineering team of the company till March 2018 when she moved to Sennheiser electronic, one of the leading PMSE equipment manufacturers. She represents Sennheiser in several working groups across standardization and regulatory bodies. She’s an active member in 5G-MAG and is contributing to the development of 5G for content production.