Why am I still affected by signal blanking? (and why should I care?)

This webcast is aimed at young media professionals who may wonder “Why should I listen to this webcast even if I only watch content on Apps?” Those Apps may be driven by data carried in what is called “ancillary data space” and authored to be delivered to the viewer with frame accuracy.
Young system designers are often aware of the need to properly handle ST 2110-40 data along with the video and audio data carried by IP-based media systems. Those using SDI-based technologies may also wonder “why is so much data space used for this?”

William C. Miller is President of Miltag Media Technology, LLC, a consultancy specializing in technical standards for television and related industries. He has been a broadcaster for 50 years and has been actively involved in the development of television standards for over 30 years.

Mr. Miller is a SMPTE Fellow and served as an officer and Governor of the Society for many years. He is currently Chairman of Technology Committee 24TB (Television and Broadband). He was awarded the Society's Progress Medal in 2002 and its Presidential Proclamation in 2013. He and his wife sponsor SMPTE’s Excellence in Education Medal.

Mr. Miller has been a speaker and session chair at many technical conferences, including the annual BTS Broadcast Symposium, the NAB Broadcast Engineering Conference and the SMPTE Annual Technical Conference, as well as at New York IEEE and SMPTE meetings.  He received an Emmy for his contributions to ABC's coverage of the 1988 Winter Olympics.  He earned an AB from Columbia in 1973. 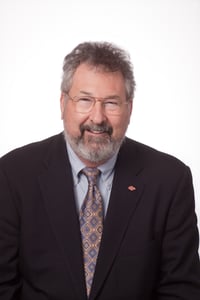 A 40 year veteran of the broadcasting industry who retired from Harmonic Inc. in 2015, Mr. Waddell is a SMPTE Life Fellow. Mr. Waddell was the 2015 recipient of the SMPTE Excellence in Standards Award as well as the 2010 recipient of the ATSC’s Bernard J. Lechner Outstanding Contributor Award, and has shared in over 9 Technical Emmy Awards. He is also a member of the AES, the IEEE, and serves as a member of the IEEE BTS Distinguished Lecturer panel for 2012 through 2020. He remains active in standardization work within the SMPTE, ATSC, and SCTE, participating as a consultant. 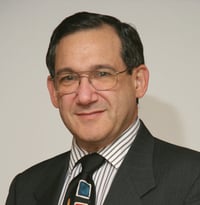 S. Merrill Weiss is a consultant in electronic media technology and technology management. His career spans 53 years in electronic media and related fields, with 44 years in management and consulting. Prior to consulting, he served in most engineering capacities in radio and television stations and managed a large systems-engineering activity for a top-three U.S. television network.  Along the way, he made major conceptual and technical contributions, many of them through SMPTE, to technologies such as the Serial Digital Interface (SDI), RS-422 machine control, High Definition Television (HDTV), and the Archive eXchange Format (AXF).  Weiss helped produce the tests that led to the first digital television standard, on which nearly all subsequent digital video standards are based, and he co-chaired the joint SMPTE/EBU  international task force that developed the foundation and roadmap on which both the exchange of program material as bitstreams and file-based workflows are based.

In his consulting practice, Weiss has served clients across North America as well as Europe, the Middle East, and Asia.  He has been involved in the development of industry standards for 43 years, participating in work on nearly all of the digital technologies developed within SMPTE and ATSC. He has chaired numerous industry standards development committees for the last 38 years and has been for 32 years a member of the SMPTE Standards Committee, which manages the SMPTE standardization process. Weiss has written several books and book chapters and has presented and/or published over 200 papers, many of them at SMPTE conferences and in the SMPTE Journal. He developed the technology for synchronization of transmitters in the ATSC system, enabling the use of Single-Frequency Networks (SFNs) with the ATSC Digital Television Standard. More recently, he has participated in the development of the ATSC 3 suite of standards, chairing the work on analysis of the ATSC 3 ecosystem and on the Scheduler and STL, which tie the Transport and Physical Layers together, among others.

Merrill has been certified at the highest level by the Society of Broadcast Engineers since 1980 and currently is at the level of Certified Professional Broadcast Engineer (CPBE).  He is a member of the Association of Federal Communications Consulting Engineers (AFCCE). He has been a SMPTE Fellow since 1987 and received the SMPTE David Sarnoff Gold Medal Award in 1995 and the SMPTE Progress Medal in 2005. He received the NAB Television Engineering Achievement Award in 2006 and the ATSC Bernard J. Lechner Outstanding Contributor Award in 2012. He won the IEEE BTS Matti S. Siukola Memorial Award in both 2012 and 2013. In 2018, he received both the IEEE BTS Jules Cohen Award for Outstanding Broadcast Engineering and the SMPTE Excellence in Standards Award. He was a recipient of the NAB Broadcast Engineering and Information Technology Conference Proceedings Best Paper Award, together with colleagues from CRC and ETRI, in 2019.  Merrill holds four issued US patents and two international patents, all in the area of broadcast transmission technology. He is a graduate of the Wharton School of the University of Pennsylvania.