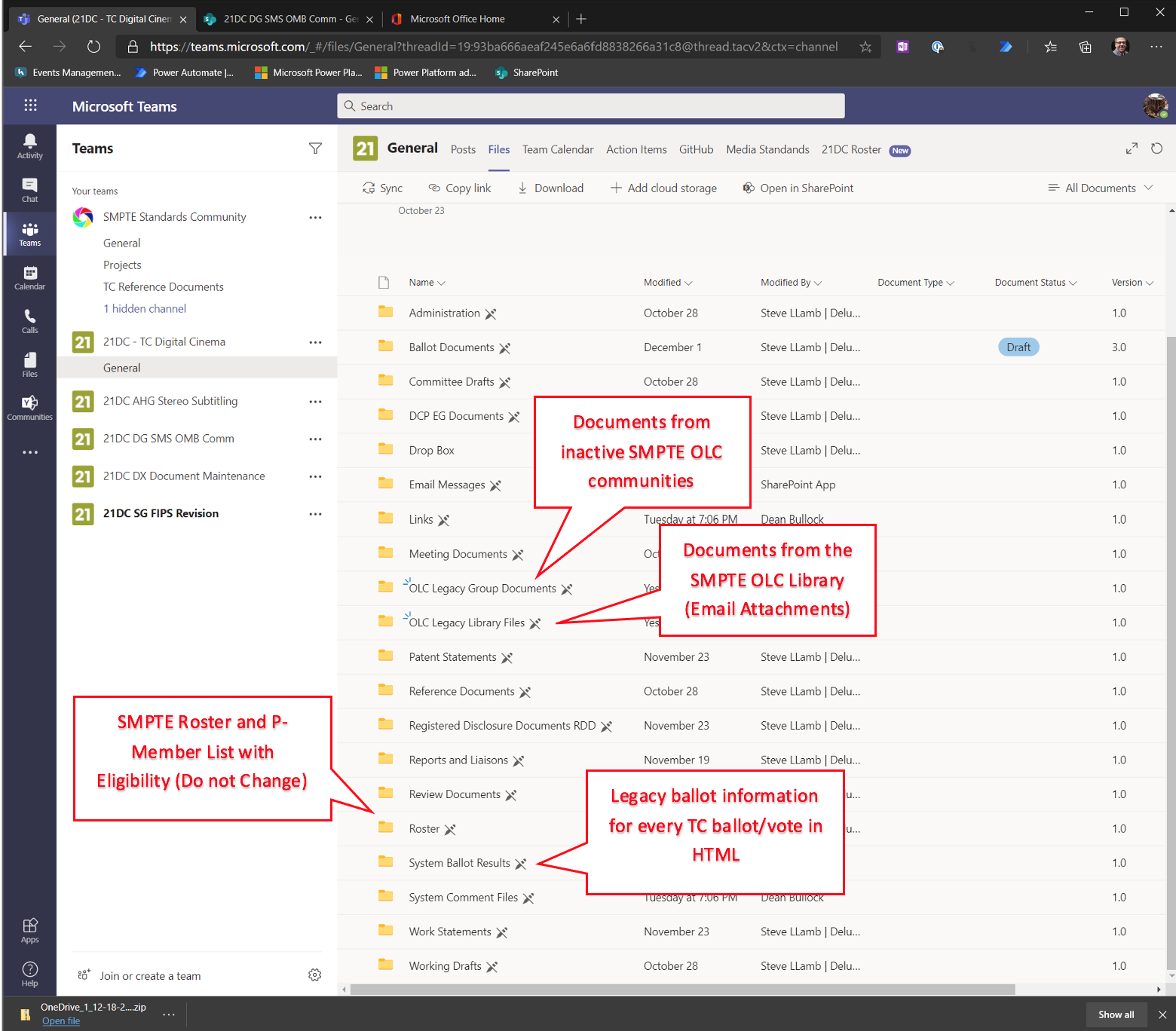 All documents from active groups were transferred to the SMPTE SKN team equivalent of the SMPTE OLC community.

Please Note, empty folders in SMPTE OLC community were deleted during the creation of the OLC backups by HigherLogic.

The HigherLogic document backup contained some issues which needed to be resolved before the documents could be deployed to the SMPTE SKN. The issues have to do with suspected file references to the OLC database, duplicate file names introduced by the HigherLogic versioning system and links which were contained in some folders

Every file in the SMPTE OLC update was wrapped into, what we call, an ID folder with the folder name being a variable length number. We suspect that this number served as a link between the SMPTE OLC Database and the file. 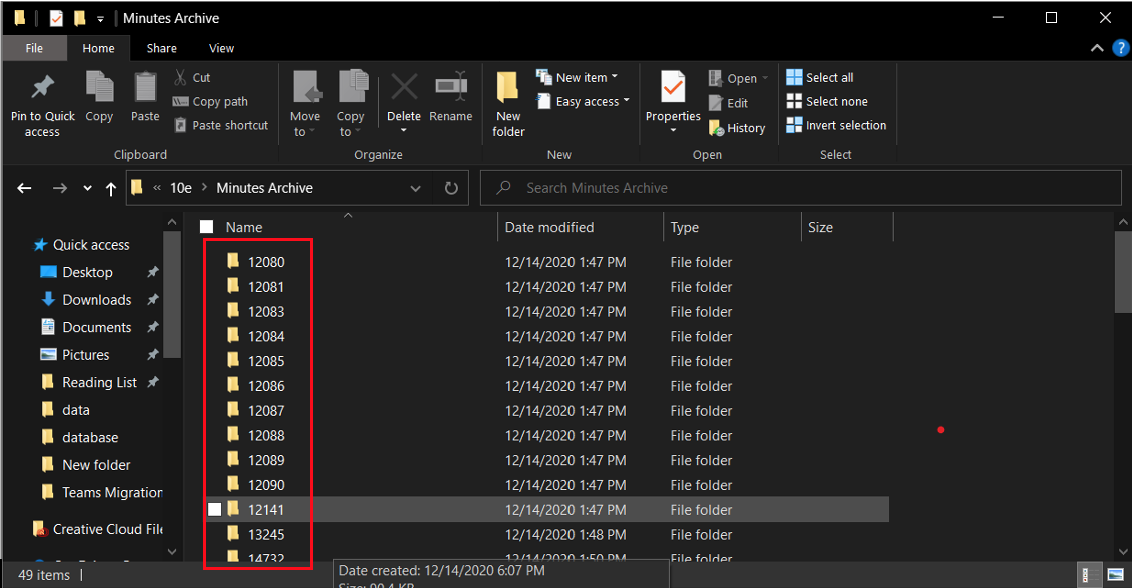 Preserving these ID folders would have made it impossible to find a document quickly and a decision was made to remove the folders and to move the contained files up one level in the folder structure. This removal process was not successful in a few occasions. We suspect two reasons.

In some cases the removal of the ID folder failed because the folder contained several files with the same file name (so the file content was different).probably due the use of the OLC revision system.

It is suspected that one file is a revision of the other. Unfortunately, one cannot tell from just the file name which is the “Head” or the latest revision of the original file. Luckily, information to determine the Head was created using the SMPTE OLC database metadata provided in the HigherLogic SMPTE OLC backup. This information is available in the SMPTE Standards Community team on the SMPTE SKN. Please go to the “Standards Information” channel, click on the “Files” tab and navigate into the “OLC Legacy Document Info” folder. View the file “olc_legacy_rev_log.html” for revision information and to determine the Head file of a revision document collection.

Some SMPTE OLC folders contained links to other SMPTE OLC documents or to online resources. During the creation of the SMPTE OLC backup these link were converted into files with the file name “link”. These “link” files contain the URL used on the SMPTE OLC system to point at the resource. An example is shown below.

Additional information was created during the conversion process:

Most importantly, we do provide a report on the conversion process and every problem encountered. This report is provided as a text file called README-olc-transfer_2020-12-16.txt.

These files are all located in the “OLC Legacy Document Info” folder on the SMPTE SKN together with the previously mentioned files.