What: The State of the Drone: Technology, Artistry, Ethics 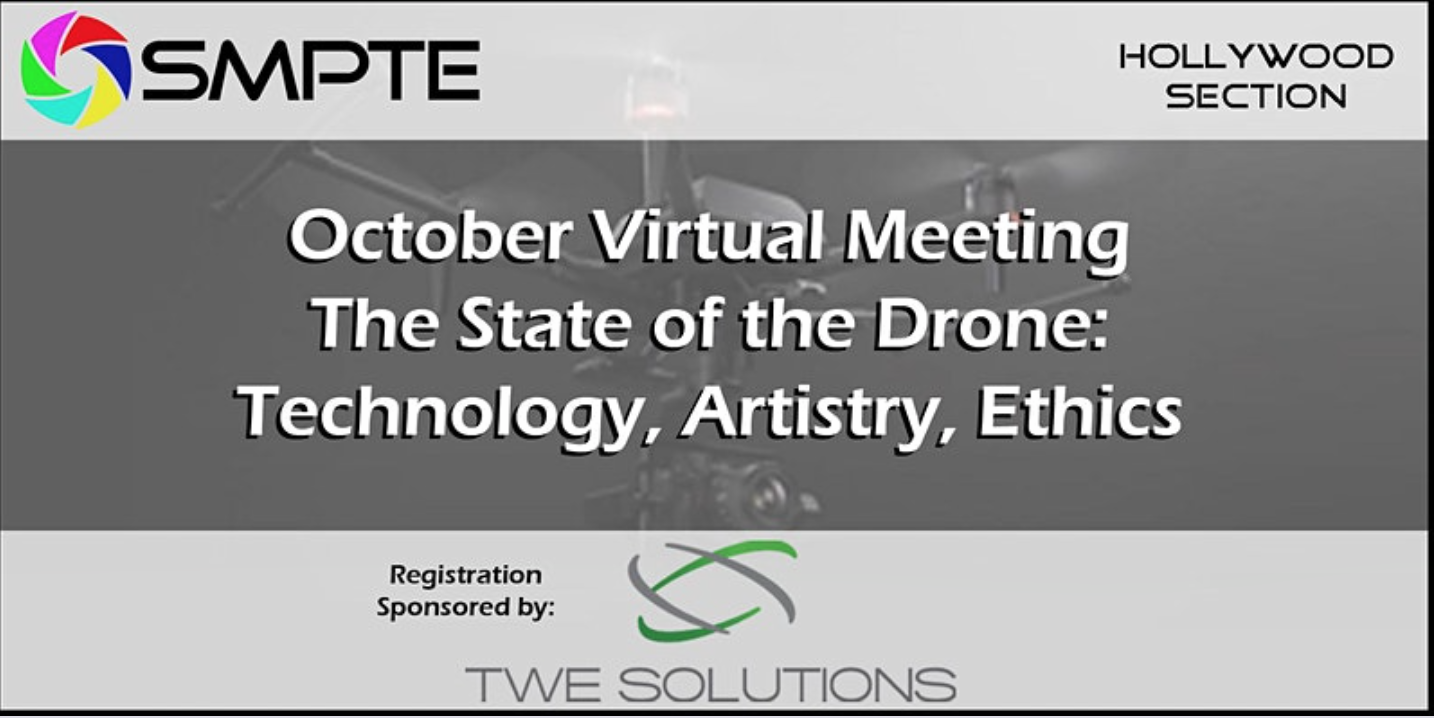 Studio City, Calif.—September 30, 2021—SMPTE Hollywood will offer a revealing glimpse into the state of drone technology and artistry at its October virtual meeting.  A panel of experts in the use of drones in film and television production will discuss the latest advances and future innovations in airborne camera systems. Free and open to all, the virtual event will take place on Thursday, October 7th at 6:00 p.m. PDT on Zoom. Registration is available here.

In the span of just a few years, drones have become virtually ubiquitous in film and television production, providing a relatively safe, simple and low-cost way to capture spectacular aerial imagery. SMPTE Hollywood is hosting a panel of drone technologists, cinematographers and pilots to discuss the rise, applications and implications of this exciting tool. The discussion will cover the current state of drone technology and expected future developments, as well as drone ethics and the role of drones in society at large. The panel discussion will be followed by a screening of The Lone Drone, a short film from director Vanessa Elliot. 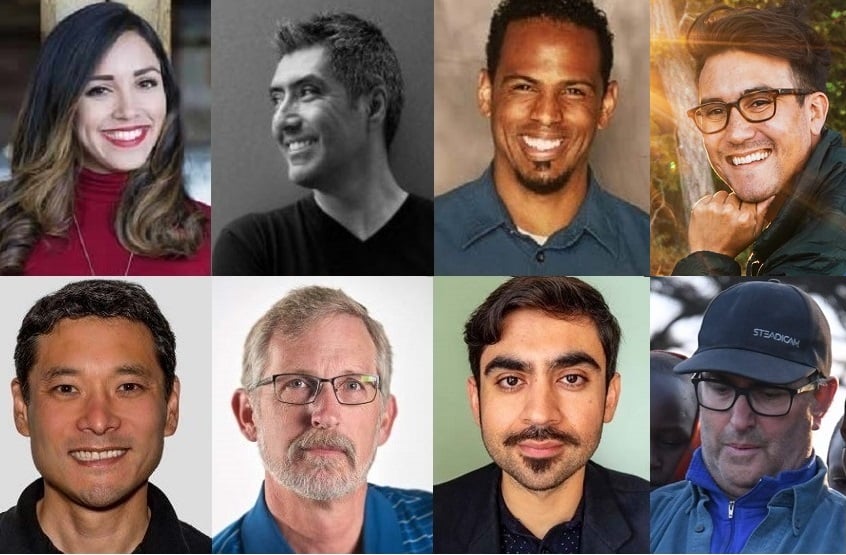 Elena Buenrostro, Founder & CEO, Women Who Drone, is a video producer, photographer, and Part 107 certified drone pilot and instructor. Buenrostro, whose passion for drones was inspired by a trip to the Great Wall of China, has been featured in the Washington Post, Fast Company and on DJI for her innovative aerial photography and cinematography. She earned her degree in Media Studies & Theatre from the University of California, San Diego.

Travis Geske is a veteran photojournalist, director, drone pilot and co-founder of Brave Media. With a background as a videographer for Associated Press and the Los Angeles Times, he has shot and directed hundreds of projects for television and world-class brands. Whether flying a fully-rigged Alexa Mini or DJI Inspire 2, Geske has been safely and expediently getting drone shots for years. His many credits include the cult classic The Drone where he built, operated, and acted as the Drone for the full film.

Kenji Sugahara is an attorney and the CEO and President of DSPA. He is also chief pilot and co-founder of A-Cam Aerials and experienced in flying single and dual operations for Ford, ABC, Disney and others. A widely recognized drone policy expert, he served on the 2017 FAA Remote ID and Tracking Aviation Rulemaking Committee. He is an active member of ASTM, working on industry standards for remote ID, operations over people, and beyond visual line of sight operations. He continues to serve on various task groups for the Federal Drone Advisory Committee and sits on the UAS stakeholder group to help advise Oregon legislature on UAS issues. Sugahara has worked closely with the state aviation agency as a UAS policy advisor and advises numerous state agencies and local municipalities on drone issues and policies. He was appointed to the Drone Advisory Committee in January 2021 as a Citizen UAS Operator.

Vic Moss is the COO and Vice-President of DSPA. A commercial photographer, he has owned Moss Photography since 1988, and has been offering drone services since 2014. Moss is a nationally recognized voice for drone safety and an advocate for reasonable drone regulation. On social media, he serves as the administrator for the largest UAS specific legal forum, the UAV Law News & Discussion Group, and one of the largest commercial UAS pilot forums. He also serves as the Director of Legislative Affairs for UAS Colorado where he worked with numerous municipalities to help create reasonable drone regulations. He is one of two drone pilots who assisted the Colorado legislature in drafting HB 18-1314, making it a state offense to use a drone to interfere with public safety operations. Moss works with the FAA as one of five FAA Safety Team Drone Pros for the Denver FSDO, encompassing all of Colorado and Wyoming. He was appointed to the Drone Advisory Committee in January 2021 as a Citizen UAS Operator.

Christopher Alvarez is Pictioneer of SMPTE Hollywood, a licensed drone pilot, resident editor/cinematographer of creative services at The American Film Institute, and media coordinator at LAUSD’s Youth Development Program. He has worked camera on multiple indie feature films and music videos, and is currently enrolled in the David Lynch MFA in screenwriting program.

Mark Bender leads Mark Bender Aerials, a drone service provider specializing in drone video and still photography for real estate, motion picture, episodic television, wildlife documentaries, commercials and travel resorts. He has been an associate member of the American Society of Cinematographers (ASC) since 2008 and a fully licensed commercial drone pilot since 2016.