Exploring the Role of NMOS: Discovery and Connection in an IP World

SMPTE ST 2110 specifies how to stream video, audio, and data between devices for professional applications using IP networks. How best to discover, connect, and monitor those devices? That is another matter — and one addressed by the Advanced Media Workflow Association (AMWA) Networked Media Open Specifications (NMOS).

This SMPTE Technology Webcast will focus on how different parts of the AMWA NMOS work, in theory as well as in practice, and on how NMOS can be used in a range of applications, whether within a broadcast control room or a cloud-based workflow. Peter Brightwell, lead engineer at BBC’s R&D laboratory, will discuss the ins and outs of NMOS. The webcast will also include a review of NMOS implementations and feedback from trials and early deployments. 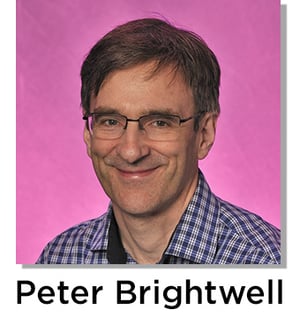 Peter Brightwell is a Lead Engineer at BBC's R&D, where he is leading work to guide the BBC's transition to IP. Working mostly at R&D but also in other parts of the BBC, Peter has an extensive background in broadcast and technology, in particular, video compression, file-based acquisition, networked delivery, and virtual graphics. He has been a frequent collaborator on international projects on metadata, media services, and networked media. He has been a significant contributor to the industry’s Joint Taskforce for Networked media and is currently chair of the Networked Media Incubator of the Advanced Media Workflow Association, a collaborative project that is developing the NMOS family of open specifications for networked media.