What is the SMPTE ST 2110 Suite of Standards?

The SMPTE ST 2110 Professional Media Over Managed IP Networks suite of standards is a major contributing factor in the movement toward one common internet protocol (IP)-based mechanism for the professional media industries.* The foundation for SMPTE ST 2110 standards is Video Services Forum (VSF) Technical Recommendation for Transport of Uncompressed Elementary Stream Media Over IP (TR-03), which VFS agreed to make available to SMPTE as a contribution toward the new suite of standards. The SMPTE ST 2110 standards suite specifies the carriage, synchronization, and description of separate elementary essence streams over IP for real-time production, playout, and other professional media applications.

The SMPTE ST 2110 standards suite is multipart. The following is the current status of documents included in the suite, as of 10 September 2018**:

The following documents are now available in the SMPTE digital library at library.smpte.org:

The press release announcing the publication of ST 2110-40 may be found here.

Additional portions of the standards suite, such as support for compressed audio and video, will follow a similar process and will likely be published in the second half of 2018.

What will the adoption of the SMPTE ST 2110 suite of standards mean for the industry?

The impact goes beyond just replacing serial digital interface (SDI) with IP to the concept of having the flexibility to come up with a whole new set of applications based on, and leveraged off, information technology (IT) protocols and infrastructure.

The advantages of shifting to IP are comparable to those achieved when the industry moved from physical tapes to virtual files for content storage. Files were not treated as if they were just virtual tapes; rather, all the benefits of software and virtualized access have come to be realized with new workflows and functionality offered.

Another advantage is that intra-facility traffic now can be all-IP. Thus, rather than requiring two separate sets of switches — SDI switches for professional media and IP/Ethernet switches for general data — facilities can rely on one common data center infrastructure. Most operators will continue to separate traffic by priority; however, the newer switches do have the intelligence to prioritize real-time media streams.

Are there products on the market now that will support SMPTE ST 2110 standards?

Yes, products do exist. The SMPTE ST 2110 Drafting Group includes representatives from many different manufacturers. At IBCShow and NAB Show, more than 60 vendors participated in the IP Showcase and demonstrate SMPTE ST 2110 standards interoperability and solutions based on the suite.

While the industry can roll it forward and start manufacturing equipment, a fully interoperable system will require additional areas to be addressed, tying up the standards suite.

What is unique about how the ST 2110 standards suite handles ancillary data?

ST 2110 standards make it possible to separately route and break away ancillary data, as well as the audio and video. This change promises to simplify the process of adding metadata such as captions, subtitles, Teletext, and time codes, as well as tasks such as the processing of multiple audio languages and types.

All elements can be routed separately and brought together again at the endpoint. With ST 2110 standards, each component flow — audio, video, metadata —is synchronized to each other while remaining independent streams.

How about Ultra HD, including 4K, 8K, and high-dynamic-range (HDR) imaging? Do SMPTE ST 2110 standards account for new and emerging formats? 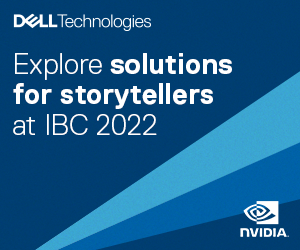 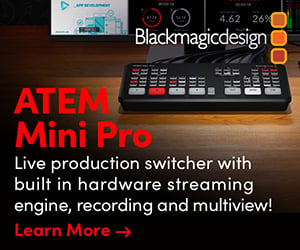 Does SMPTE have a Virtual Classroom course about ST 2110?

YES! SMPTE has introduced a new Virtual Classroom course  “Understanding SMPTE ST 2110: Live Production of Professional Media Over Managed IP Networks,” an educational program focused on SMPTE ST 2110. Led by SMPTE Fellow Thomas Bause Mason, this SMPTE Virtual Classroom course will provide attendees with the knowledge they need to help their companies make the most of SMPTE ST 2110, a critical enabler of fully internet protocol (IP)-based operations. The course assumes a basic understanding of IP and associated terminology. The SMPTE Virtual Courses “Introduction to Networks,” “Routing and Switching Essentials,” and the “Essentials of IP Media Transport for Broadcasters: Moving Real-Time Video and Audio over Packet Networks” are not required to register for “Understanding SMPTE ST 2110.” However, these courses enable a deeper understanding of IP, internetworking, and many essential concepts that are referenced in the ST 2110 suite of standards and are recommended prior to enrolling in “Understanding ST 2110.”

SMPTE Virtual Classroom courses are offered online and available to participants around the world. During these “blended learning” courses, participants engage in independent study and weekly, one-hour instructor-led coaching sessions that assist them in understanding more complex topics and activities. These live coaching sessions are recorded for on-demand viewing by those unable to attend, and instructors also provide timely responses to participant questions posed through the course’s online discussion forum. Each virtual course offering has a specific start date, a specific stop date, and weekly learning goals. Successful completion of these courses is determined by participants’ completion of course activities and by graded assessments.

Registration, details, and the full schedule of SMPTE Virtual Classroom courses for 2018, including SMPTE’s “Introduction to Networks,” “Routing and Switching Essentials,” “Essentials of IP Media Transport for Broadcasters,” and the new “Understanding SMPTE ST 2110: Live Production of Professional Media Over Managed IP Networks,” are available here.

You may also view our SMPTE Standards Update webcast on SMPTE ST 2110: