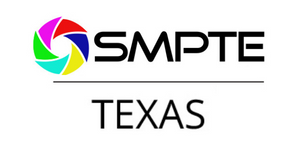 Deployment of IP Video networks in production and other operational applications exploits the ability to use IT-based technologies, which takes advantage of the standardized protocols available to carry video, audio and data. The transition from SDI to IP involves changing the transport mechanism and understanding the protocols used such as Precision Time Protocol used for reference timing, Real Time Protocol (RTP), Internet Group Management Protocol (IGMP). These types of protocols provide the infrastructure to transport the video, audio, and data within the series of SMPTE standards ST2110.

In this presentation we will discuss how the video, audio and data gets packetized into the IP stream and transported across the network and look at the difference in the transport mechanism between IP and SDI. We will look at some of the new tools to monitor the IP streams and how to use these tools to diagnose and troubleshoot issues within the network.

Mike Waidson
Educated in England he received a B.Sc. Hons. in Communications Engineering from the University of Kent at Canterbury. Initially Michael worked for a consumer electronics manufacturer in the digital video department working on advanced television receiver research and design. Before moving to various broadcast equipment manufacturers. At Telestream as a Principal Application Engineer for the last twenty-five years within the Product Line, he has provided support on the video measurement products from analog to digital to HD and now IP.