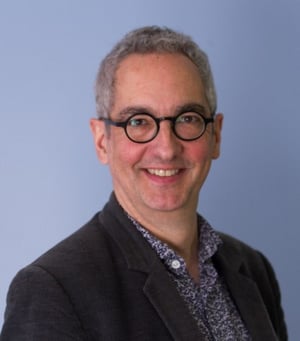 Jim is CTO at MovieLabs, a technology joint venture of five major Hollywood studios, which he helped found in 2006. At MovieLabs, Jim has led industry-wide initiatives including driving worldwide standards for high dynamic range video and building the Entertainment Identifier Registry (EIDR). Jim provides technical leadership for all of MovieLabs projects, including production technology and content security. Prior to MovieLabs, Jim was a founding team member at a Netscape spin-off, Liberate Technologies, where as chief software architect he led the development of a web-based platform for interactive cable services. Earlier at Silicon Graphics, Jim designed real-time 3D systems for VR, location-based entertainment, and visual simulation. He has also consulted extensively for leading technology companies, venture capitalists and research labs. Jim holds Ph.D. and M.S. degrees in Applied Physics from Stanford University and a B.A. in Physics and Math from Washington University.

He has also acquired a strong understanding of the world of Education as well as Film & Creative Arts industries, both in India & globally. He has written several papers & articles about the same & is an active speaker & presenter at key global Media & Entertainment, Technology & Education forums. He is also a key strategic advisor to several startups in the M&E, Technology and Education verticals.