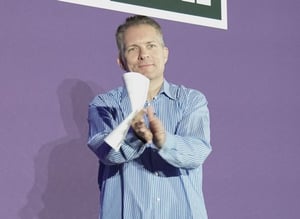 Jim Skinner has developed distributed platforms that serve digital content for over 20 years. If you have enjoyed video on the Kindle Fire, AT&T's U-Verse service, Twitter, Facebook or Instagram you have seen his work.

Jim was a core team member on Microsoft's early digital initiatives such as MovieLink.com (which became Blockbuster.com), Korea Telecom's MegaTV and Microsoft's IPTV platform (also known as AT&T U-Verse) prior to joining Netflix. At Netflix Jim managed the video encoding pipeline (through a successful iPad launch). At Amazon Jim led the Amazon Instant Video releases for the Kindle Fire, Fire TV and the Fire Phone. At Twitter he managed the live infrastructure for premium content (Thursday Night Football, Presidential Debates, etc.). And now at Facebook Jim is a technical manager focused on the core encoding engine that powers video for Facebook and Instagram.

Jim holds a Bachelor's degree from the University of Southern California's School of Cinema and Television, as well as a Master's degree from Santa Clara University's data science program, housed in the Leavey School of Business.