Traditional 3D television, where the user wears a pair of glasses specifically designed for use with a 3D capable TV, has been around for years. But it's fair to say that 3D television has never really taken off with the viewing public. 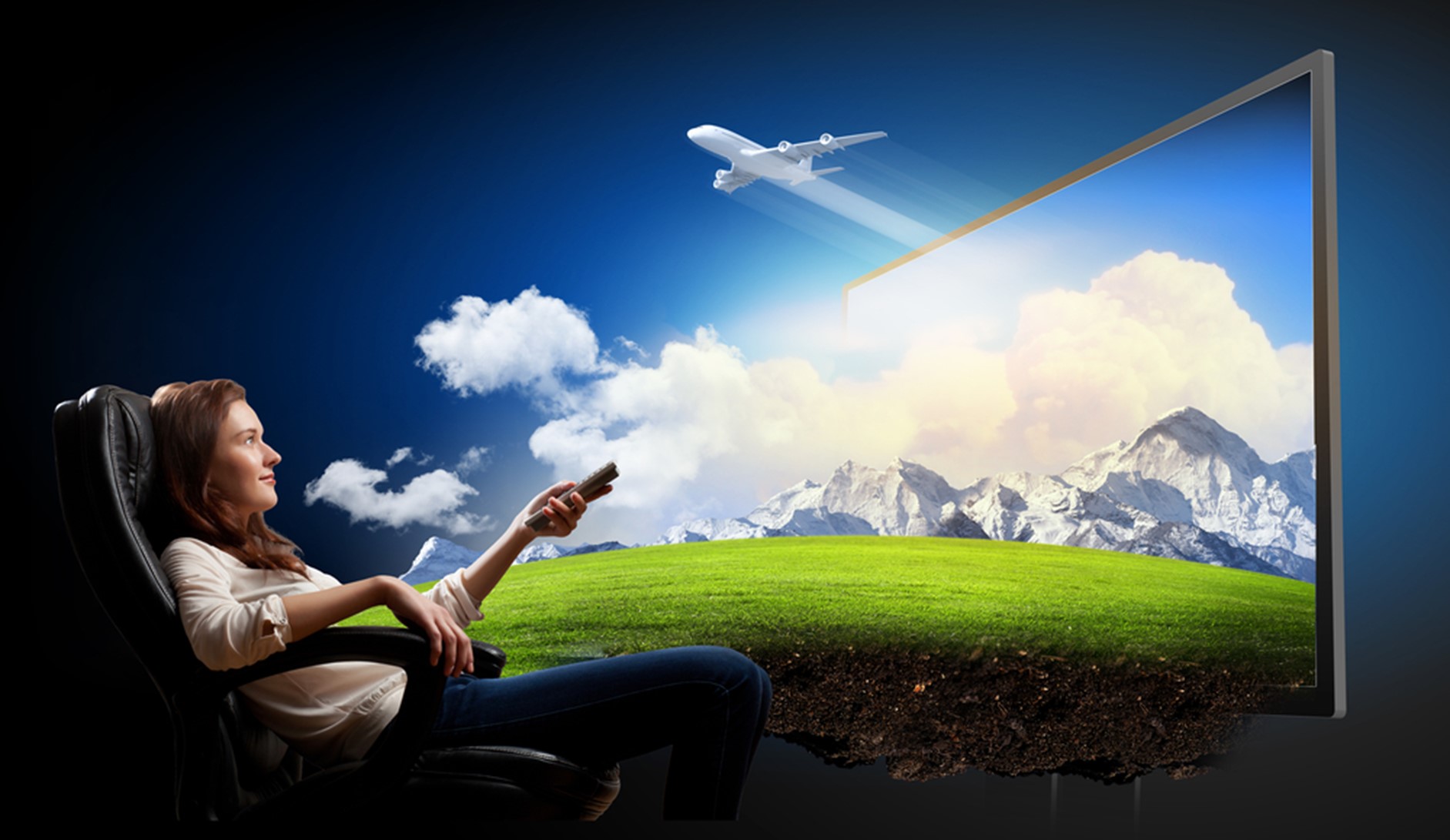 There are many possible reasons for this, one of which is the requirement to wear cumbersome glasses when watching 3D television, leading to a restricted viewing posture and fatigue for the viewer. But imagine a 3D television where you don't have to wear glasses. That's where a spatial imaging 3D system comes into play.

Conventional 3D cinema and TV use stereoscopy that allows viewers to watch 3D videos using specialized glasses by simultaneously presenting images corresponding to the left and right eyes. This technique has the advantage of obtaining high-resolution 3D images using equipment with a simple configuration.

Spatial imaging, on the other hand, reconstructs light rays from objects and forms an optical 3D image that you can view without the need for specialized glasses. Spatial imaging 3D solutions are still in the early stages of development, so don't expect to find them at your local electronics store anytime soon. But the prospect of watching 3D videos on large-screen ultra-high-definition television sometime in the future is undoubtedly an exciting one.

To broadcast in 3D, you must first capture moving images in 3D. In spatial imaging, the direction and color of light rays propagating through space is acquired rather than capturing two separate images. There are many methods available to capture a moving image in 3D, with two, in particular, being suited to spatial imaging.

This technology aims to capture medium-sized objects at standard distances in areas such as a studio. A camera array system consists of a large number of cameras arranged in rows. The pan and tilt of each camera can be adjusted separately. This system directly produces high-quality 3D imaging but is only suitable for filming objects or people in a small area.

In model-based systems, 3D models are first generated using multi-viewpoint images. The ray information required for the display system is then generated. Using this technology, large objects in large areas, such as a football stadium, can be captured because the cameras can be placed far from one another.

It allows the user to specify the target region for 3D reconstruction with one camera operating as the master. The other slave cameras automatically follow its pan, tilt, zoom, and depth to also focus on the target region. As a result, a 3D point in space is determined and set as the target region to be reproduced on the 3D display. This 3D capturing system requires more data processing that camera array systems but allows filming to occur in larger areas.

In a traditional 3D system, a pair of stereo images are displayed simultaneously. These can then be reconstructed as a 3D image by the human eye using specially designed 3D glasses.

With an integral 3D display method, a 3D video can be produced by displaying the images on a display device and placing a lens array consisting of many small lenses in front of the display device.

When multiple integral 3D displays are arranged side by side, a 3D video is divided by the display panel's bezels. To resolve this division and reproduce a larger 3D video, a multi-image combining optical system (MICOS) is placed in front of the displays. The MICOS is comprised of a set of convex lenses, each of which magnifies the corresponding lens array plane's image and generates a virtual image to eliminate the bezels' gaps. As a result, a 3D video with an enlarged display size can is created.

To put it another way, instead of using a pair of human eyes to create the 3D effect, the display device itself creates a 3D image that you can view without the need for special glasses.

The amount of information required to broadcast 3D images is considerably higher than traditional 2D broadcasting, especially on HD TV systems. And the more cameras you use to capture an image, the more data you need to transit. This means you're going to need a lot of CPU and GPU power in your smart TV to watch spatial image 3DTV, and a lot of bandwidth to stream 3D spatial images.

The long-term goal of spatial imaging broadcasting is to reduce the number of cameras required to capture the 3D image, while making the broadcast and display of the 3D image more efficient. Techniques such as time-division and multiplexing to accommodate a display system with a wide viewing range intended for viewing by multiple people will also need to be developed before 3D spatial imaging becomes commonplace in the home.

However, don't be surprised if these technologies start to appear sometime in the 2030s and become commonplace in the 2040s. Maybe, with the further development of spatial imagery technology, 3D television with final find a home and an audience it's always been looking for.

From a director who help pioneer a new style of filmmaking to a technologist whose work laid the foundation for high-definition television, SMPTE will celebrate more than 30... END_OF_DOCUMENT_TOKEN_TO_BE_REPLACED
Featured
|

A Framework for New Standard Development

The Advanced Television Systems Committee’s latest standard, ATSC 3.0, paves the way for the next generation of television, with a true convergence of the best capabilities... END_OF_DOCUMENT_TOKEN_TO_BE_REPLACED
Featured
|