Compliance and Performance Testing for a MoIP System 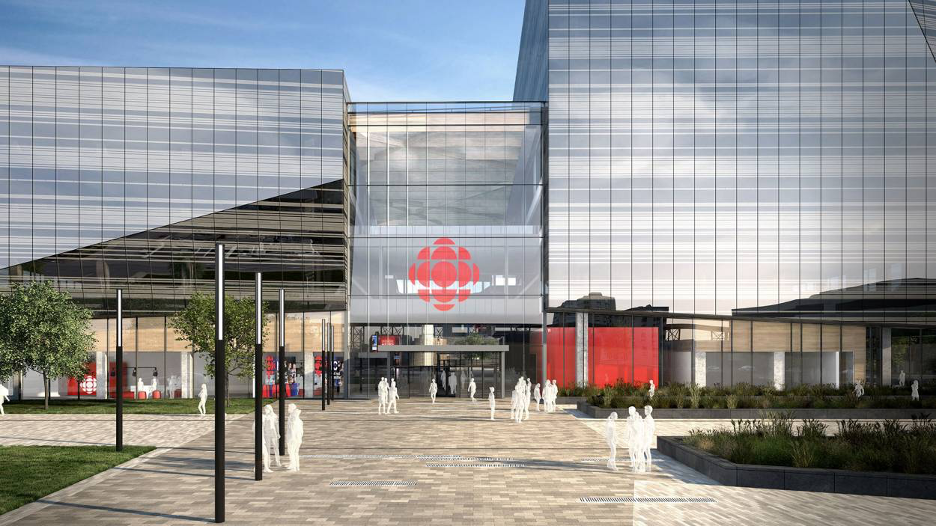 Moving from an SDI system to a media over IP (MoIP) environment has many advantages for a broadcasting facility. An IP broadcast environment not only allows for data to remain uncompressed, but the available redundancy avoids data error from delayed or broken packets. Both of these factors help to eliminate latency, which is vital for live broadcasting.

The IP environment is also far more flexible. The signals are bi-directional and can carry multiple signals at one time, compared to the one-way routing of SDI. An IP system allows your output signal to be converted into a compressed format for traditional broadcast or delivered directly to the consumer via a media server. And thanks to the latest 10GbitE hardware, it can handle HD signals at 1080i, 1080P and even 4K, in a potentially more cost-effective arrangement.

The SMPTE ST 2110 is a set of standards for broadcast over IP that covers the delivery, timing, audio, video and ancillary data. However, moving over to IP broadcast can create potential problems in terms of compatibility with existing systems and procedures. More time also needs to be spent on the infrastructure of your network. Though the initial installation can be relatively quick, configuring the software and workflow can take time, as NBC Universal found with their new Telemundo IP broadcast facility.

Canada’s public broadcasting company (CBC/Radio Canada) made the decision to move their French language services headquarters in Montreal to a new modern building in a greenfield on the edge of the city. Though iconic, the original building was large and expensive and would need a major upgrade to keep up with modern broadcasting technology. 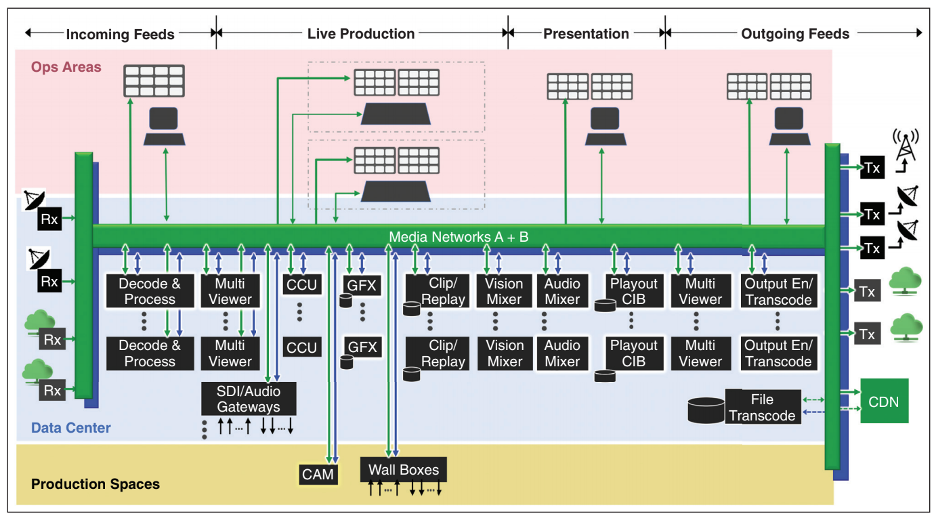 This move would see the broadcaster transitioning from an SDI to a Media over IP environment. It would also allow the company the flexibility to pool resources more effectively, as the new building was to have around one-third of the floor space.

When the move was first discussed in 2017, IP broadcast technology was still in its infancy and the ST 2110 was yet to be published. So, the CBC architecture lab had to develop a method to test this new technology and the compliance and performance of a range of devices from different manufacturers with the system.

The testing was divided into nine main sections and took a template form to allow for the volume of devices that would need to be tested in each section. These included video, audio, traffic shaping, ancillary data, radio, PTP, redundancy, which would be governed by the SMPTE standards.

Control and management were to be based on the Ember+ and Networked Media Open Specification (NMOS) and security by the European Broadcasting Union’s R148. This testing time also allowed the CBC team and its stakeholders to examine the new standards in more detail.

The testing process was to follow the same structure as the new building’s planned IP network. This would use a leaf and spine architecture with three switches. This would allow it to split the media into different channels for redundancy if supported and attach all of the testing and measuring equipment, as well as the reference senders and receivers and the control and management system.

The Live IP software toolkit (LIST) is an advanced measuring system for IP-based live video facilities, created by the European Broadcasting Union (EBU). The toolkit is able to decode network streams and evaluate the network. This, among other things, allows the user to measure the impact of any new equipment connected to the network.

Launched in 2017 it has been well placed to gather requirements and concerns from its users. It is an open-source project to which the CBC has contributed to since 2018 and supports a range of SMPTE standards, including 2059 and many of the ST 2110 variants.

In fact, the EBU LIST is now used as a reference tool for the Joint Task Force on Networked Media (JT-NM) tested program, which provides documentation on how IP-based equipment aligns with industry standards such as ST 2110. The catalogs include the testing procedures, equipment and results to help prospective buyers choose the right equipment for their networks.

Though the EBU LIST automated testing provides a solid analysis of transmitting devices, it doesn’t cover receiving devices. It also doesn’t account for the transparency, latency or compliance of the redundant streams. For the time being these factors must be tested by manually creating the media stream to simulate different sender behaviors. The current process could also be optimized by allowing live analysis of data, rather than the current sequential process.

That said, the use of the EBU LIST has made the testing process for CBC a manageable one. And in return, they have added a great deal to the tool. As the implementation of IP and MoIP networks expands, there will be less need for organizations to perform in-depth testing. However, new products and standards will always need to be tested and having this form of open-source system to analyze them, will benefit the industry as a whole. 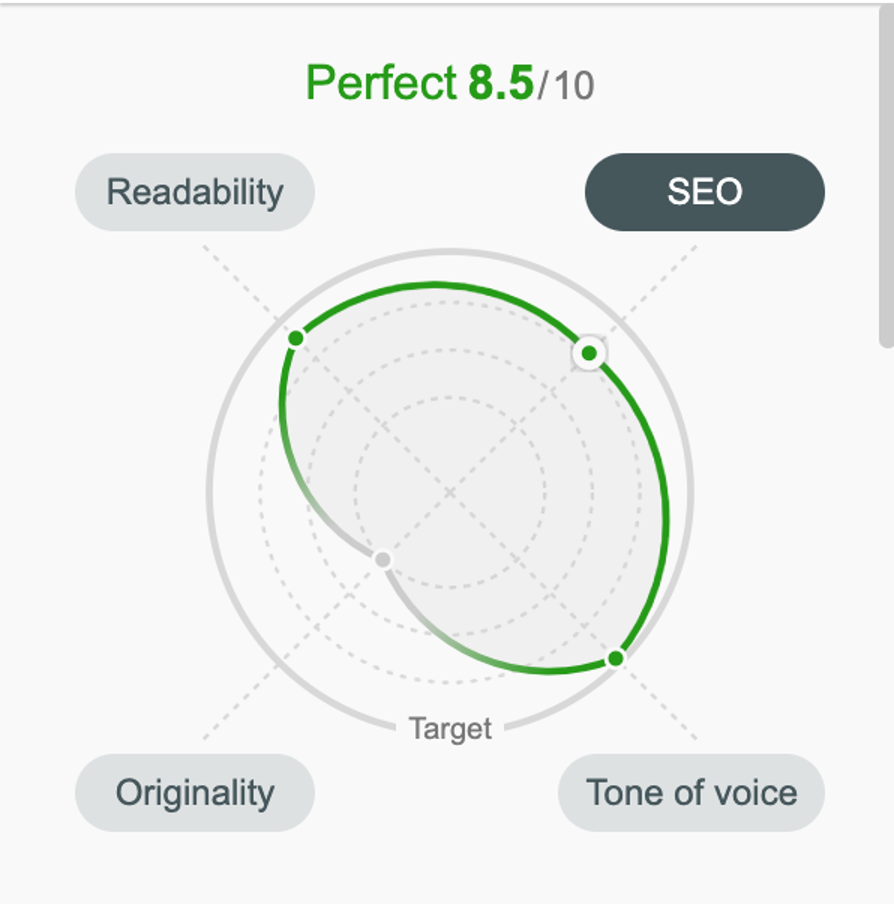 In 2016, NBC Universal started building a new global headquarters for Telemundo Enterprises, in Miami, Florida. With 13 production studios and seven control rooms, it was to... END_OF_DOCUMENT_TOKEN_TO_BE_REPLACED

Sinclair Broadcast's Mark Aitkin looks into the future of broadcasting

At the industry luncheon on Tuesday, Sinclair Broadcast Group VP of Advanced Technology Mark Aitkin spoke about "Where to from here? (Seen through the eyes of a local market... END_OF_DOCUMENT_TOKEN_TO_BE_REPLACED
Featured
|

In every broadcasting application, all devices must exchange media data continuously while remaining tightly synchronized with each other at all times. That’s why, as... END_OF_DOCUMENT_TOKEN_TO_BE_REPLACED
Copyright © 2022 SMPTE. All Rights Reserved. Privacy Policy