Cloud technology for TV and filmmakers 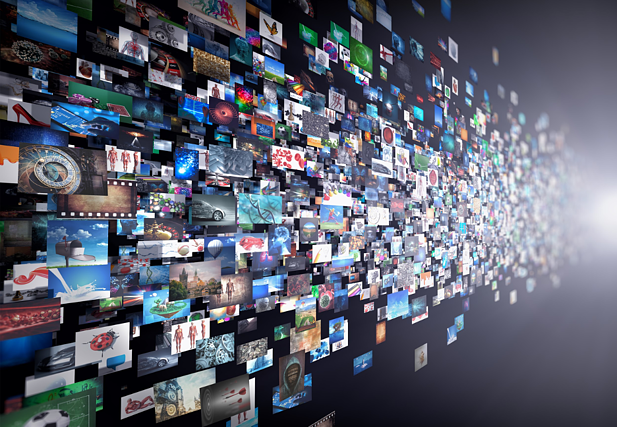 To say that cloud technology is transforming the worlds of broadcast and cinema is no exaggeration. It has seen uses in all aspects of the industry, from content creation through to distribution. Using the cloud is allowing companies to scale their operations faster and in a more cost-effective way. It is also providing small broadcasters and production houses the tools to compete with the industry leaders, helping to democratize the process

Recording and editing using the cloud

Location filming, whether it’s for film or broadcast, requires large files to be transferred back to the production team. For practical reasons, this has traditionally required physically transporting large storage drives or, in the case of live footage, expensive satellite connections. Using a cloud drive and a decent internet connection, files can now be uploaded as soon as they are shot, or even streamed live from the camera.

As we cover in the Remote and Cloud Editing Solutions blog, working in the cloud allows easy collaboration on projects between editors across the globe. Users can work on proxy files for edits to reduce the required bandwidth and then update the originals that are stored in the archive.

Cloud-based editing also allows the heavy processing work to take place away from your workstation, meaning that even intensive edits of high res footage can be performed on a basic machine. Rather than production houses investing in expensive hardware that needs updating regularly, cloud servers work as virtual machines to handle it instead. These are paid for on a monthly basis and are scalable to the precise needs.

Data storage is what cloud technology is best known for, as a space to store and share files off-site. This data can then be accessed by you, or whomever you allow access to it, from anywhere in the world. Cloud storage provides an intelligent solution for production houses or broadcasters that are storing large files and needing to share them.

There are two main types of cloud storage available, a public cloud and a private cloud. A public cloud is one hosted by a service provider, such as Amazon Web Services or Microsoft Azure.

Your data is held in one of their large data centers and often mirrored on other servers to allow faster access from wherever you are in the world. This is only public in the sense that these data centers also hold data from other users. Your data is only accessible by you, or the users you allow access to it.

A private cloud is generally hosted on a company’s own server. This means that your data stays within your building but can be accessible outside of your organization by you or any users you provide access to. For those with extremely large amounts of data, it is possible to rent a private server that is stored for you in a data center. However, this has become less popular with many firms now choosing to use a public server.

The benefit of a public cloud service is that it is very easily scalable, should you need to expand, and there is no need to worry about maintenance or hardware replacement.

A third solution is a hybrid cloud, which provides the benefits of both public and private options. With this solution, you can store any sensitive data on a local, private cloud server, while non-sensitive data sits on a public cloud. Data and applications can be shared easily between the two clouds and it means that the solution is easily scalable on the public side, if extra capacity is needed.

Advantages for broadcast and production on the cloud

For broadcasters, cloud broadcasting is allowing a rapid increase in content. Over the top (OTT) content – TV shows and films provided over the internet – is providing more avenues for existing companies to deliver programming. This can be in the form of live streams, special formats such as 360-video, or simply, additional content.

Using the cloud as a platform for delivering content allows broadcasters to trial a brand-new channel without the need to commit to cable licenses and get it to market faster. It also offers the potential for video on demand (VOD) or catch-up services, which viewers have now come to expect.

For traditional networks, the cloud can still have an important part to play for managing incoming content from live broadcasts. Or for a production company to manage the distribution of content to multiple broadcasters.

Cloud platforms have paved the way for the success of streaming services such as Netflix, Hulu, and Amazon Prime Video. Netflix spent seven years migrating its business to the cloud and now streams content to over 130 countries. In the United Kingdom, the BBC and Channel 4 have embraced cloud technology for video on demand functionality as well as increasing its content offerings.

Archived and new content that is stored on the cloud can be easily accessed directly by viewers with the addition of an encoder and a storefront. Cloud providers are now even offering video on demand packages, ready-made for broadcasters.

Of course, streaming isn’t limited to TV production. Disney is the biggest name to date to take its vast back catalog direct to the consumer with its Disney+ streaming service. But there are options for independent filmmakers too, with services such as Filmhub offering to distribute to a network of streaming services

There are other ways that cloud computing services can help their film and production clients. In addition to the storage, editing, and distribution of content, the cloud can be used for project management, product development and to streamline operations.

Cinemas and film festivals can receive digital reels downloaded from a secure cloud source, rather than having them physically delivered, saving on distribution costs. Marketing and advertising efforts can also be hosted and shared through the cloud platform, while conference calls use a cloud-hosted service to allow video chat.

Many have worried about the impact of content saturation and piracy brought on by the newly connected world. However, for those companies willing to embrace cloud technology there is huge potential, and those that don’t will be left behind.

TSC: From Cinemaplex to Googleplex?

Will we see a day when the cinema audience is asked to turn their phones on rather than off? That was the controversial blue sky topic at a session devoted to enhancing... END_OF_DOCUMENT_TOKEN_TO_BE_REPLACED

The Arrival, a short lensed with a prototype of Sony’s new digital cinematography camera that is capable of recording 16-bit 4K and higher, got a lot of interest when it was... END_OF_DOCUMENT_TOKEN_TO_BE_REPLACED
Featured
|

Traditional 3D television, where the user wears a pair of glasses specifically designed for use with a 3D capable TV, has been around for years. But it's fair to say that 3D... END_OF_DOCUMENT_TOKEN_TO_BE_REPLACED
Copyright © 2022 SMPTE. All Rights Reserved. Privacy Policy