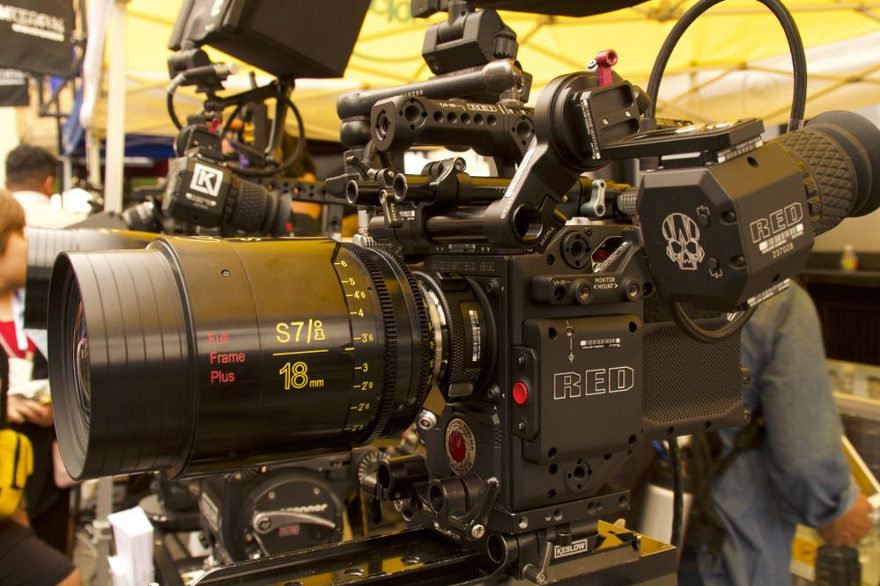 While it might feel like 4K video has only just started to catch on, the transition to 8K is coming. The current standard for TV manufacturers is 4K, sometimes referred to as UHD, and has a resolution of 3,840 pixels by 2,160 pixels. The move to 8K (sometimes called UHD-2) doubles its predecessor to 7,680 pixels by 4,320 pixels.

So, if TV manufacturers, home video producers, and movie studios just recently adopted 4K as the new standard for shooting and displaying video, why do we already need to talk about shooting in 8K? Simply put, shooting in 8K means shooting in the highest definition possible. It might not seem necessary at this time, but it will essentially future proof your content.

By the time we reach the mid-2020s, you can expect 8K to be the new normal. Movies and TV shows will be shot in the format, televisions and broadcasts will be capable of displaying the UHD-2 video and both streaming services and physical media will be bringing the state-of-the-art tech to the very titles currently getting the 4K treatment today.

For cinema, filmmakers are already using 8K. Some have even gone beyond 8K, shooting in 12K or even 18K. Well... technically, at least.

65mm film is equivalent to a 12K resolution, and IMAX 65mm film is equivalent to 18K resolution. Recent examples like director Paul Thomas Anderson’s 2012 film The Master, Quentin Tarantino’s 2015 film The Hateful Eight and Christopher Nolan’s 2017 film Dunkirk all show off this impressive high-definition shooting, but viewers could only get the full effect if their cinema was equipped with the right technology. The effect is lost when the movie is transferred to regular digital projectors.

As it stands, most cinema multiplexes can only display 2K or 4K resolutions with their projectors. This doesn’t mean that shooting in a higher resolution is pointless, though. James Gunn’s 2017 film Guardians of the Galaxy: Vol. 2 was the first film to be fully shot with an 8K camera: the Red Dragon Weapon 8K VV, to be exact. While no cinema could have possibly displayed this film in its proper resolution, the 8K video downgrades to a sharper 4K image, which then downgrades to a crystal-clear 2K image at the movie theater. It seems complex, but the quality of the video is absolutely worth it (especially when Gunn’s movie is already so far ahead of the 8K curve).

To shoot the movie in 8K, Gunn and crew needed the right hardware. Examples of this hardware include tech like the 1.25-in. 3-CMOS Multifunctional High-Speed 8K (UHD-2) Camera System and UHD-2/8K Super Hi-Vision broadcasts, two essential components for shooting and displaying 8K video. Frankly, this technology is mind-blowing.

The Society of Motion Picture and Television Engineers (SMPTE) has detailed the ways in which UHD-2/8K cameras like the 3-CMOS are so groundbreaking: They’re capable of shooting 480 frames per second (FPS) and boast 120 FPS noise and flicker reduction modes, effectively eliminating any random noises or fluttering that might have otherwise ruined the audio or the shot.

What does shooting in 8K entail?

In addition to using the right cameras, shooting in 8K also demands a lot more high-tech software that can handle storing, transferring, editing, and broadcasting much larger files. On average, one minute of edited and exported 8K audio/video takes up about 6 GB of storage. This means that 30 minutes of footage is nearly 200 GB and a feature-length film would clock in at over half a terabyte (TB). (For comparison, a minute of 4K audio/video is only 2 GB and a feature-length 4K film only about 150 GB.) Raw footage is even larger, with one hour of 8K RedCode Raw video amounting to over 7TB.

There’s also the bandwidth to consider. This requires everyone from engineers in the editing bay to home video aficionados with 8K TVs to purchase all new HDMI cables and much faster internet to handle the sheer size and speed of the UHD2-/8K video.

While it’s unclear exactly what bandwidth will be necessary, 4K needs 15-25Mbps, so 8K may need — at least 80Mbps. Broadcasting is another aspect of 8K footage. While most TV stations and streaming services have only recently begun to fully embrace 4K, 8K broadcasts have already been trailed by NHK in Japan and are expected to be fully operational later this year.

Since the advent of digital filmmaking in the late 1990s, technology has shown no signs of slowing down anytime soon. In fact, it’s quite the opposite. Resolution is improving at a rapid rate, and it’s in the best interest of every filmmaker and engineer to keep up with the evolution of digital cinema.

SMPTE is at the forefront of the advancement of motion-imagery education and engineering. We offer plenty of resources to educate motion picture executives, engineers, creative and tech professionals, researchers, and educators on the latest and greatest technological standards.

Seiichi Gohshi, professor at Kugakuin University, gave a talk on "Real Time Super Resolution for 4K/8K with Non-linear Signal Processing." He started his presentation with... END_OF_DOCUMENT_TOKEN_TO_BE_REPLACED

The move to 8K content is fast approaching. Home audio and video setups are quickly becoming capable of cinema-quality experiences. But what does it truly take for modern... END_OF_DOCUMENT_TOKEN_TO_BE_REPLACED
Newsletter
|

It is July, and we are still working remotely here in the New York metropolitan area. It has been more than three months since I started taking care of SMPTE and HPA... END_OF_DOCUMENT_TOKEN_TO_BE_REPLACED
Copyright © 2021 SMPTE. All Rights Reserved. Privacy Policy