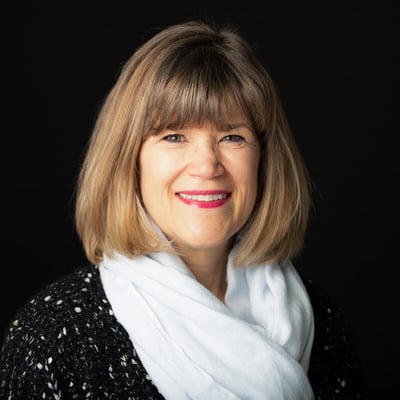 Joining SMPTE president Pat Griffis, technology VP in the CTO office at Dolby, and our Technology Committees (TC), I landed in Mumbai, India earlier this month in order to move forward with standards and engineering work for the media industry.  Given our location, and our discussions about motion imaging standards and engineering, scenes from the making of 2008’s Slumdog Millionaire occasionally entered my mind.

At the time of release, Slumdog became an unstoppable Goliath during the 2009 Academy Awards, picking up several Oscars including Best Picture and Best Cinematography. Slumdog’s win in the Cinematography category was seen as a big win for modern filmmaking, as large portions of the film were shot digitally. However, a lot of the movie was also shot traditionally, in 35mm. The film’s mixed formats helped push the boundaries of traditional filmmaking.

I wondered about the challenges a story set in one of the busiest cities in the world wouldbe able to keep up with the fast pace of Mumbai? For one, the movie’s high-energy music helped me to keep up with the action, and the many close-ups built an emotional connection between me and the story’s key character, Dev Patel. I felt a part of the scenes in the Mumbai “slums” and the other places that Dev traveled throughout the course of the story.

When Slumdog Millionaire was being produced 12 years ago, all production activities would have taken place on-premise, with media files stored in physical on-location hardware. Today, many productions are using cloud-based software only  tools that reduce the reliance on specialized hardware.  Today, we have many new tools like the Interoperable Master Format (IMF), SMPTE ST 2067, that enables productions to easily adjust content to various delivery requirements. As a SMPTE standard, IMF is just one of many advancements helping SMPTE achieve its vision statement; in particular, supporting SMPTE’s effort to “make motion picture, television and professional media available for all humanity to enjoy for artistic, educational and social purposes.”

What’s more, since Slumdog, is the significant growth of using software only in film productions. This takes the form of software-defined, or cloud-based, workflows, which  rely on many interconnected microservices for scalability, efficiency and flexibility.  These microservices are quickly replacing rigid and outdated monolithic software architectures which are not as easily scalable. Plus, allowing for a service-oriented architecture also opens opportunities to make microservices available in a cloud-based services exchange enabling new ways of “doing business.”

The seemingly infinite ways to piece together microservices for mediaenables us to build very flexible and novel workflows. The common engineering requirements and need for interoperability between different microservices offer exciting opportunities for the SMPTE community and its standardization work. The increase in cloud-based workflows is a welcomed by-product of global collaboration.

Of course, a crucial precursor for the move into cloud workflows – and a big accomplishment of SMPTE’s standardization work – is the development of standards for the transport of professional media over IP infrastructure (known as SMPTE ST 2110). This family of standards has set an expectation for the global professional media community to be able to build IP infrastructure in media facilities worldwide.

And so, as I visited Mumbai for SMPTE standards meetings, it was very interesting to be reminded of a movie that further opened India’s great cinema heritage to the world.  At the intersection of art and science, the SMPTE community of media professionals, technologists and engineers continue to support great storytelling.

Our Hobbies Have Become Survival Instruments The entire media technology industry was thrust suddenly into the cloud and SMPTE supports its progress For the past few years,... END_OF_DOCUMENT_TOKEN_TO_BE_REPLACED
Newsletter
|

Artificial Intelligence and SMPTE This issue of the SMPTE Motion Imaging Journal focuses on artificial intelligence (AI). AI was “discovered” in the 1940s and hence is... END_OF_DOCUMENT_TOKEN_TO_BE_REPLACED
Copyright © 2022 SMPTE. All Rights Reserved. Privacy Policy