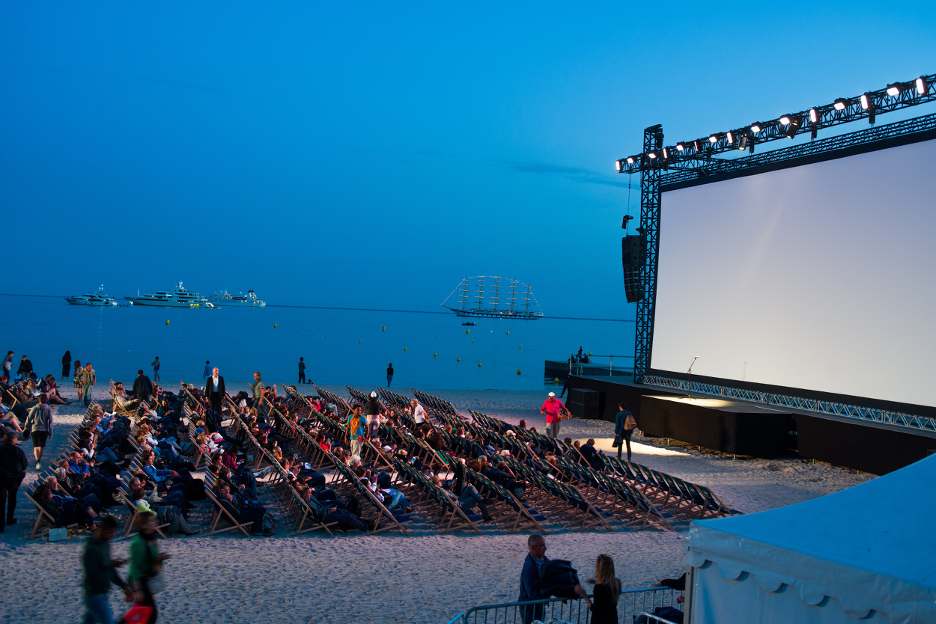 French cinema is iconic and has helped shape the world of filmmaking over the years. Perhaps, for this reason, the French government takes showing the films pretty seriously. There are state regulations in place that govern cinema operation and a portion of the ticket price is used to fund future French cinema.

These government regulations include everything from how close the front row of seats is to the screen to the sound and image reproduction. The premise is to ensure that all cinemas offer an acceptable quality of movie watching and the full extent of the producer’s work can be appreciated. These regulations also cover the Cannes Film Festival.

The French National Center for cinema (CNC) is the government organization that oversees cinema regulations and standards. It also funds the association of French film and audio-visual technicians association (CST) that recommend practices and standards to the CNC.

The NFS S27-100 standard focuses on the film reproduction itself, including image ratios, peak luminance and the formulas used for measuring the luminance spread and uniformity of the projection. However, their rigidity does not allow for the emergence of new technologies and can have shortcomings in its luminance uniformity measurements.

A new proposal seeks to offer a solution using a measurement based on the Kolmogorov–Smirnov (K-S) distance. This not only offers significant improvements in the measurement for current screens but also allows for the differences in luminance posed by Extended Dynamic Range (EDR), High Dynamic Range (HDR) and direct-view displays.

The current standards are designed to increase the quality for French cinema-goers. However, they are based on current procedures that don’t necessarily work with newer technology. 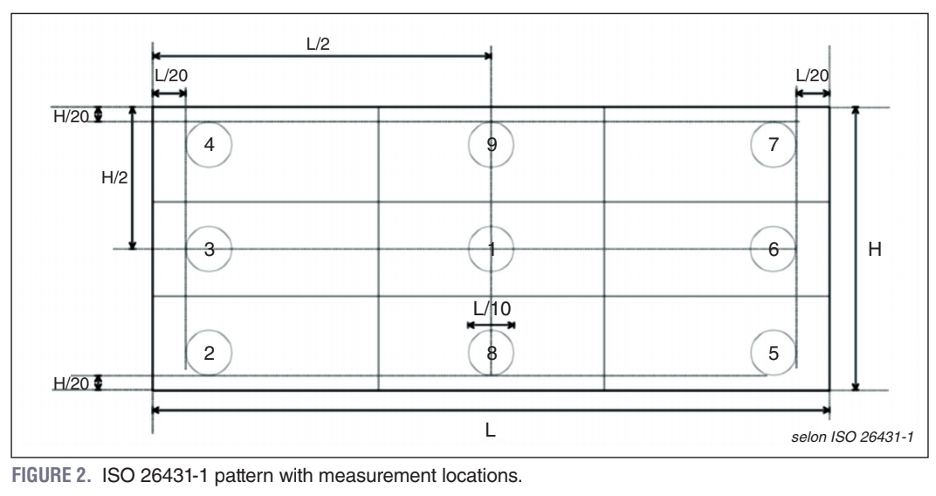 The method currently used to measure the luminance of the projection takes nine readings across the screen. The pattern of these measurements is the ISO 26431-1, which includes the center and a distance of five percent in, from the four corners and the middle of the top, bottom and two sides.

The S204 Cinema commission is made up of representatives from the association of French film and audio-visual technicians (CST), laboratories, cinema chains, and the theater owners’ union. It requested research into a range of issues, from the distance of the front row seats from the screen, through to the maximum luminance.

Using the current calculations for uniformity it is possible to stay within the tolerance levels while showing significant shadowing or vignette. Examples of a screen with a single dark corner and a bright center were still able to achieve greater than the required 75 percent.

Projector displays also suffer from a natural vignette as a consequence of the throw ratio (the distance from the projector divided by the width of the screen). A formula is available to account for this vignette, though it can be accentuated or corrected by the lens. With direct view displays, there is no natural vignette to consider, therefore the tolerance for uniformity should be less.

The European Broadcasting Union (EBU) has defined a pattern for measuring flat-panel displays (EBU Tech 3325) that uses either 13 or nine measurement sites. This has a tolerance of just plus or minus five percent. However, the nine positions are very similar to those used by the ISO 26431-1.

To measure the luminance spread, the EBU practice is to give the value as a percentage of the mean rather than just the range between maximum and minimum. As the spread tolerance is proportional to the highest luminance available, this is suitable for direct-view screens, EDR and HDR projections. The natural vignette should be corrected in advance of any calculations.

The K-S distance — also called the Kolmogorov test — is one solution that offers promise for uniformity readings. It doesn’t depend on reference distribution and requires a simple calculation. The measurements are corrected for the natural vignette, then sorted into ascending order to determine the maximum and minimum values. The distribution values are then plotted and the maximum distance (K-S) is revealed.

The K-S distance is then used over the variance between the maximum and minimum values to obtain the percentage of uniformity. A calculation sheet has been created, which allows an engineer to simply input the throw ratio, image ration, and the nine measurements to receive the luminance spread and uniformity values.

Though current tests have only been performed on a small number of cinema projectors, it appears that the K-S calculation gives more critical results. Poorer scores (larger percentages) are given where the luminance spread was already large. However, for cases where the spread was minimal, the value remains largely unchanged.

In uniformity tests, the K-S test gave poorer scores (smaller percentages) for all cases except one. It gave an improved score where the luminance spread was large, suggesting the issue was in the vignette.

The examples that managed to fool the old system – the dark corner and bright spot – were no longer within the tolerance levels using the K-S test. With this testing, having one reading vastly different from the others, as with the vignette and the dark corner, provides a much larger K-S distance which leads to a lower uniformity from the calculation.

Most importantly, the new formula gives scope for not only the emerging technologies of today but any going forward. This is thanks to the proportional method of calculation.

The fact that these changes are being considered by the S204 Cinema commission shows that the CST and the wider Centre National de la Cinématographie et de l’image animée (CNC) take their craft extremely seriously. These changes, if made, will ensure French cinema-goers continue to have a quality experience for years to come.

The picture tells the story at SMPTE?

On the last afternoon of the SMPTE Conference, an interesting insight into the practicality of UHD-1 (aka 4k or Ultra-HD) came from a French consortium of companies, the... END_OF_DOCUMENT_TOKEN_TO_BE_REPLACED
Newswatch
|