Creating a Successful Soundtrack for Movies and TV Series 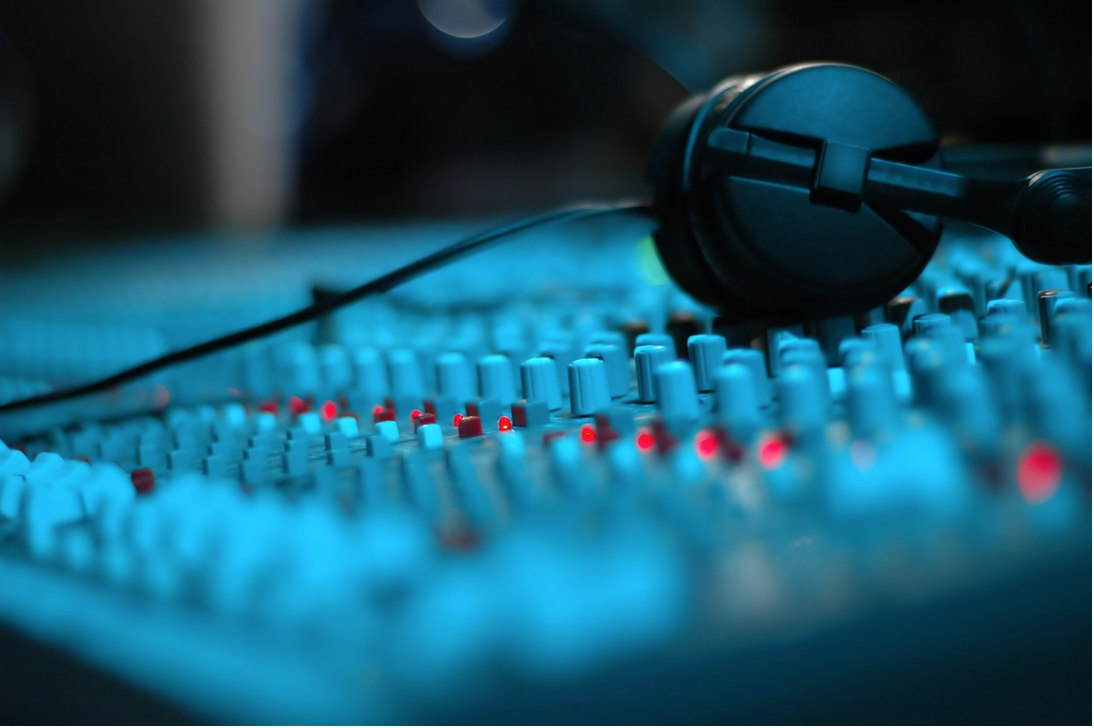 With such stunning cinematography in today’s films and TV series, it’s easy to overlook the work that has been done by the sound engineers to create the soundtrack. From huge explosions to the delicate breaths and footsteps, it is the sound design that transports you into the story and suspends your disbelief.

“The soundtrack allows filmmakers to create their own worlds and to tell stories within those worlds,” says Brian Vessa, executive director of Digital Audio Mastering at Sony Pictures. “Often ignored by both the audience and critics, the soundtrack plays a major role in directing the viewer's attention to key story elements, providing crucial cues to the internal thoughts and experiences of the characters.”

Sound design is a part of the storytelling process but traditionally was only applied at the end of the production process. Today, some of the most innovative directors are thinking about sound even in the scripting phase of the project to help with the vision of the film or series.

“While Guillermo del Toro was doing rewrites for the film, Crimson Peak, he actually asked me to submit sound ideas relevant to the story that he might be able to incorporate into the script,” says Randy Thom, director of Sound Design at Skywalker Sound.

Alejandro Iñárritu is another forward-thinking director in terms of sound design. For the bear attack in The Revenant, starring Leonardo DiCaprio, he was focused on making the bear feel as real as possible, despite the fact that it was completely computer-generated. For this, he turned to his sound director, Randy Thom.

Iñárritu wanted the bear attack to feel as real as a nature documentary, and so the scene has no music behind it. He was also focused on the sound of the bear’s footsteps on the wet forest floor. This level of detail was key to making it feel real. Thom used real recordings of bears but making the footsteps sound wet was his biggest challenge.

Drawing in his physics background, Thom knew that is what made something sound wet was actually air pockets in water collapsing. So, what finally sold these bear footsteps was squeezing fibrous redwood bark and needles.

Breathing Life into a Dragon

When it comes to bringing a creature to life, it’s not the voice that makes it real as much as the breathing and the way it moves. Paula Fairfield was the sound designer for Game of Thrones, which earned her five Emmy nominations including a win in 2015.

For the dragons in Game of Thrones, it was the body and the scales that created the illusion. “I spent more time on the wings than I spent on the vocals and that’s what pulls you in and makes you believe,” says Fairfield. “Because if you’ve got a really bitchin’ vocal, but it’s floating around and not anchored, it’s not going to be as convincing as if you set up the whole environment.”

When it came to developing the show’s White Walkers, the team initially tried to give them a language but instead gave them a voice that was beyond that. “I suggested, because they were very icy looking, that as they walked, they froze everything in their path, which turned into something that I introduced later on when the White Walkers commanded the forces of nature,” says Fairfield. “Then I could rip the ground apart and do all kinds of weird stuff atmospherically.”

Sound not in Isolation

Mark Mangini is a sound designer for the Formosa Group in Hollywood and in the last three years has worked on Mad Max: Fury Road, Blade Runner 2049, and The Way Back. He is currently working on a reimagining of Frank Herbert’s Dune.

In Dune, the sound has taken a far more proactive position in the production. Even before the editor has presented his cut of the film to the director, the major sequences have been sound designed. This has helped inform the editing process.

“We’ve applied sound to the battle sequence even before it’s edited and discovered where the dead spots are, which informs the editor where that edit will be tightened up and where we need to expand,” says Mangini. “We’re defying that convention in a very intelligent way that makes filmmaking far more economical, in fact, and sensible.”

One of the most interesting examples of sound taking precedence over visual is in the creation of an animated film. American-style animated features usually start off as radio plays, as the only visuals are the storyboards and the drawings of the characters and places.

Randy Thom’s has worked on a large number of animated films over his career, including How to Train Your Dragon, Ratatouille, and The Incredibles. In his experience, directors are keen to have sound and music very early in the process.

“On the vast majority of the animated films that I’ve worked on, I got involved very early, producing speculative sounds, often before any real animation had begun, and those sounds often did inform the animators; they gave the animators ideas,” says Thom. “It’s a wonderful symbiotic thing that happens in animation that, as we say, is beginning to happen more in live-action, and we just hope it happens more.”

When developing sounds for film or TV, sound designers agree that it is best practice to record real-world sounds whenever possible. Synthesized or even library footage can be easily sensed by the viewer and shatter the illusion.

“I think what we do is akin to how a great chef works,” says Mangini. “The greatest, the most delicious meal starts with the freshest ingredients. We would no more present a dish to a diner that had canned peas in it than present a soundtrack with canned dog barks or thunder.”

Even when it comes to designing sound for unreal characters or worlds, starting with real-world recordings can help give it authenticity. One of George Lucas’ great breakthroughs in Star Wars was something he called the “used future.” Rather than present this shiny and new vision of outer space, he showed dirty spaceships and Earth-like wear and tear. Ben Burtt was the sound designer for the early Star Wars films and applied this same thinking to the sound, for everything from lightsabers to wookies.

“[He] went out and recorded real-world sounds but then put a twist on them, an electronic twist or some kind of exotic twist so that they would be plausible, sound like something that comes from a world that we’re familiar with, but would be exotic at the same time,” says Thom.

The sound design and the musical score of a film or series need to work together to achieve the required feel of the shot. However, sometimes clever use of sounds can eliminate the need for music completely. This was the case in the opening scene of Sergio Leone’s Once Upon a Time in the West. Though the composer Ennio Morricone had written music for the scene, neither he nor Leone was happy with it, so Morricone suggested that there should be no conventional music at the beginning of the film, just sounds used in a musical way.

“Sergio Leone did exactly that,” says Thom. “He designed that opening sequence, driven as much by the sounds that happened in that environment, the water dripping on a guy’s head under the water tank and the rhythmic tonal squeak of the windmill. God, I wish that kind of thing happened more often.”

When sound and music meet there can be a battle for dominance. In these cases, sound designers need some clever composing to make themselves heard. On Game of Thrones, Paula Fairfield had her own battle of fire and ice to make her dragon heard through the low-end orchestration.

“I started coming up with a strategy of splitting the design into frequencies,” says Fairfield. “I would have low, mid, and high range stuff that could be shoved through the music like a fist, wherever it had to go. The insane thickness of Ramin’s music completely changed the way I designed and now I know that even if something sounds sensuous and gorgeous and, it’s all mid and low tones if I don’t put a high tone in there, there’s a chance that it will get obliterated.”

The best result, however, is when sound and music work in harmony. For Mad Max: Fury Road, Mark Mangini worked with composer Tom Holkenborg, a.k.a. Junky XL. The two would meet for coffee each morning during the filming and small talk would inevitably turn to their approach to the movie.

“As I began to see what he was doing with the film’s musical themes, that would completely change my design approach to a sequence,” says Mangini. “So, by the time we got to the final mix, we had a very, very well-orchestrated, dynamic, and a very successful first pass on the film that probably wouldn’t have been as successful had we not spoken daily about what we thought the film should sound like.”

Emerging immersive audio is now firmly on SMPTE's agenda. In an overview of the activities being undertaken by the newly established Technology Committee on Digital Sound... END_OF_DOCUMENT_TOKEN_TO_BE_REPLACED

The rise of immersive audio for cinema has entered an exciting new chapter of final testing and preparations for rolling out the format widely some five years after... END_OF_DOCUMENT_TOKEN_TO_BE_REPLACED
Copyright © 2022 SMPTE. All Rights Reserved. Privacy Policy