The worlds of cinema and TV saw profound transformations between 2010 and 2020. The movie business, while remaining relatively consistent at about 700 feature films a year and around $10 or $11 billion in profit annually, saw massive consolidations and even bigger changes in distribution methods as studios combined efforts and tech giants dipped their toes into Hollywood. 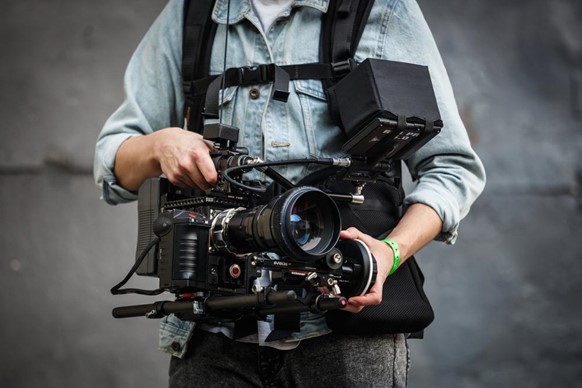 On the TV side, prestige productions saw enormous improvements in both budget and creative efforts — must-see TV took on a whole new meaning, with anyone not in on the latest and greatest shows effectively being left out of the cultural conversation.

Of course, in addition to these momentous shifts, there was also plenty of change in cinema and TV camera technology. From the evolution of broadcast TV cameras and lenses to the advancement of digital cinema cameras and lenses, the last decade will surely go down as one of the most ever-changing and technologically prolific ones in the industry's century-plus of history.

If there's one acronym to sum up the technological focus of the '10s, it's UHD. Ultra-high definition, or 4K, televisions, cameras and projectors were the priority from start to finish, with people on the production and consumer ends upgrading their tech to support the best in picture quality. However, despite the shift in resolution, broadcast TV cameras still managed to maintain their standard 2/3-inch image sensor format.

In addition to a greater focus on UHD, there was much discussion about High Dynamic Range (HDR) and Wide Color Gamut (WCG). HDR and WCG, when applied to anything from 1080p to a picture quality as high as 8K, have the ability to drastically improve the viewing experience for the end user.

Naturally, with so many different types of TVs and cameras available, multiformat and multipurpose cameras also became a hot commodity in the past decade. These kinds of cameras allowed productions to easily switch from 2K to 4K to 8K as needed, depending on the broadcast.

Then, of course, there was the integration of the internet into broadcast TV. Led in part by the SMPTE standard, titled ST 2110 for Professional Media Over Managed IP Networks, broadcast TV cameras were able to improve their outdated broadcasting and compression technology and bring their TV cameras into the modern era.

As mentioned previously, broadcast TV had to account for an increase in quality while still maintaining the same 2/3-inch image sensor. To allow for this, broadcast TV lenses needed to match this in optical quality. As such, 2/3-inch 4K lenses were born that could provide the required sharpness and accuracy. As the move further to 8K is anticipated, optical developments in lens coatings and designs will remain an important consideration.

One of the other most important developments in broadcast TV lenses in the last decade had to do with improving the look of zooms and peripherals. All too often, broadcast TV lenses would see a loss of quality when zooming and a loss of color around the edges of the screen when shooting something in real time.

Thanks to a joint venture by Sony and Canon, these phenomena — dubbed lens ramping and peripheral illumination — were significantly reduced in the lenses developed in the past few years. Additionally, broadcast TV lenses saw a notable improvement in picture quality (and sheer range) in zoom technology, with some 4K UHD broadcast field lenses reaching ranges upwards of 125:1 with improved stabilization and compression to boot.

Of course, with nowhere to go but up, the single-sensor technology was applied to larger format sensors that could shoot in 5K, 6K, and even 8K. These newer advanced image sensors also supported the same sort of HDR and WCG demands seen in broadcast TV. Improved ISO, state-of-the-art sensors, and autofocus came along with these new digital cameras, effectively transforming the look and feel of modern cinema.

The 2010s were also the start of RAW recording in cinema. Long a staple of the photography world, RAW recording — uncompressed and unprocessed data — results in much larger file sizes that demand an increased processing power, especially when shooting in 4K and beyond.

As these digital cinema cameras improved, so did the Academy of Motion Picture Arts and Sciences' standards for color encoding systems and camera input devices. Their work, dubbed ACES (for Academy Color Encoding System), is considered the pinnacle of HDR and WCG technologies — As a matter of fact, many manufacturers are automatically integrating the ACES into their products before they even touch a cinematographer's hands.

While Super 35mm cameras became the standard in the ’10s, so did 4K. This created somewhat of a problem, as many of the original Super 35mm mount lenses didn’t have the resolving power to match these 4K sensors.

In addition to the Super 35mm format, cinematographers saw the release of the first full frame (36 mm x 24 mm) cinema camera. It didn't take long for competition to heat up, with many different takes on this 1/5:1 aspect ratio appearing on the market in the years since. While many of these cameras used existing lens mounts such as Arri’s PL and Canon’s EF mount, new optics were still required to provide the necessary sharpness and color.

While these new lenses will offer a pristine management of light transmission, many cinematographers are choosing to continue with their old glass. The optical characteristics of some of these classic lenses, such as anamorphic and non-coated lenses, are considered part of the creative style and not something that can be authentically recreated in post.

While a new lens might remove all signs of vignetting or flare, a DP could be using an old lens for precisely that reason. With this in mind, it remains important for manufacturers to maintain compatibility for these older lenses, or risk stifling creativity in the process.

This year, we will be bringing together our passionate community for a digital event experience that will drive the motion picture, television, and professional media... END_OF_DOCUMENT_TOKEN_TO_BE_REPLACED
Featured
|